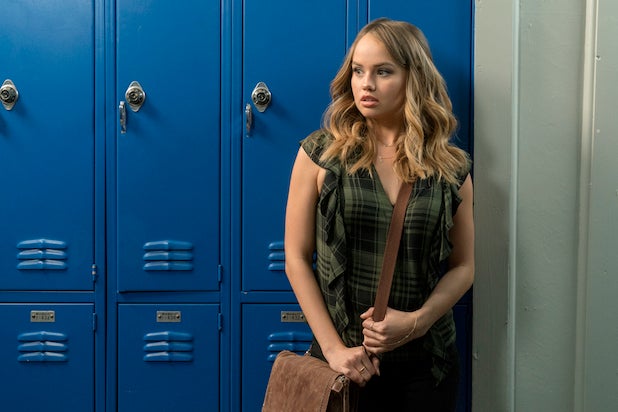 Debby Ryan wasn’t too crazy about wearing a fat suit in the new Netflix series “Insatiable,” afraid, like critics, that it would be done in a way that made fun of people whose bodies don’t fit the commercialized idea of beauty.

In a recent interview with Teen Vogue, Ryan said that she was afraid “it would almost be done in parody like in ‘Friends'” — referring to flashback scenes in the NBC sitcom that portray Monica (Courteney Cox) in a fat suit. The actress said that she and executive producer Lauren Gussis didn’t want to use the fat suit if it tipped towards making fun.

“I was enraged and I learned what a slight percentage of Patty’s rage would feel like in that situation, to be like, ‘How dare you?'” Debby says. “To be able to experience that was super educational and really eye-opening,” she said.

After Netflix dropped the trailer for the comedy back in July, several viewers on Twitter were skeptical of the series, calling the show “toxic” for putting Ryan in a fat suit and inspiring a Change.org petition to cancel the series’ release.

“We are not shaming Patty. We are addressing (through comedy) the damage that occurs from fat shaming. I hope that clears it up,” she said.

“Insatiable” is now streaming on Netflix.