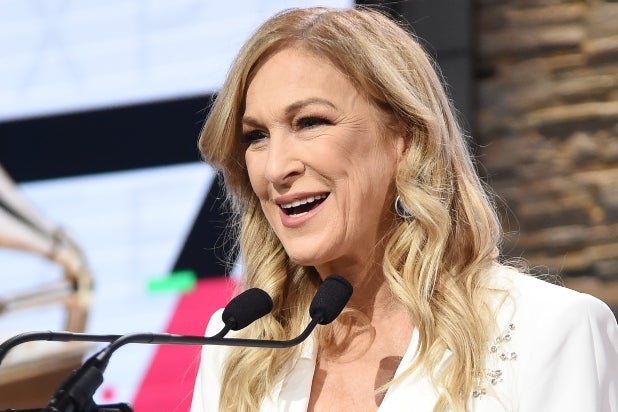 Deborah Dugan filed new documents Tuesday in her case against the Recording Academy in which she offered up new evidence of her claim that the Grammy nomination process was “rigged.”

In her filing, which includes a supplemental charge of discrimination following her firing on Monday, Dugan includes an email sent by long-time Grammys producer Ken Ehrlich to herself and interim CEO Harvey Mason Jr. She says the email was an attempt by Ehrlich “to press the Academy into nominating a song by a particular superstar in order to increase his ability to convince the superstar to perform at the Grammys.”

“(L)ooking at the AMA nominations this morning, it’s more about who’s NOT there than who is…..and [superstar] is definitely not gonna be happy,” the email begins. “I think there’s a case to be made to [superstar] that a performance of [song] from [album] on our show, should it be nominated . . . and that a blowout performance of that song, which IS a Grammy song, might . . . So, should there be some discussion in a certain room at your meetings next week for Record, Album and Song, and if it involves making a choice between [one album] vs. [a second album], my thought from knowing [superstar] since [superstar] was a child, is that [superstar] might see the wisdom of a [ ] performance [of a song from the second album] . . . I’m jus sayin.”

In addition, Dugan cites a message she received from a jazz artist who sat on one of the review committees. The message read, “I am a Grammy Award winning artist … there is one thing in the process that has conflicted me for a while and I want to share it with you. In the Best Jazz Vocal category I know for a fact that artists who have recordings up for awards in a given year, are still a part of the selecting committee for that year. I understand these folks must excuse themselves and leave the room when their recordings are up for voting, but minutes later they are back in the room with the same folks.”

Dugan’s lawyers also take issue with how their client has been treated since filing her claim with the Equal Employment Opportunity Commission on Jan. 21 and her subsequent firing on Mar. 2. They argue that Dugan has been subjected to “repeated, ongoing and egregious retaliation.” They say her dismissal was “a message to women and minorities of all walks of life that the Academy is more interested in protecting itself than remedying sexual harassment, discrimination and voting irregularities, and that anyone who dares to stand against the Academy’s unlawful conduct will be harshly punished.”

A rep for the Academy did not immediately respond to TheWrap’s request for comment.

Dugan’s attorneys, Douglas H. Wigdor and Michael J. Willemin, Partners at Wigdor LLP, said in a statement, “Ms. Dugan filed a supplemental EEOC complaint that details the vicious and unrelenting retaliation to which she has been subjected since she filed her initial EEOC complaint, in which she exposed misogyny, sexual harassment, discrimination and corruption, including voting irregularities, at the Academy. Rather than remedy this conduct, the Academy decided to sue Ms. Dugan and terminate her employment. In all of our collective years of practice, this is the most blatant act of retaliation we have ever encountered, and it represents the antithesis of all of the progress society has made on issues of discrimination and harassment in the past number of years.”

The letter continued, “This decision of the Board, with full support of the Executive Committee, was based on: Two exhaustive, costly independent investigations relating to Ms. Dugan and the allegations made against her and by her … The unwarranted and damaging media campaign that she launched in an attempt, without justification, to derail the Grammy Awards show, including her false allegations that the system was — in her words — ‘rigged’ and that the Academy was ‘corrupt.'”

After being placed on leave in January, Dugan filed a complaint with the EEOC that accused the Academy of corruption and included accusations that the Academy’s private counsel, Joel Katz, sexually harassed her (Katz denied those claims) and said that she learned her predecessor, Neil Portnow, was accused of raping an unnamed female recording artist following a performance at Carnegie Hall (Portnow called the accusations “ludicrous and untrue” and said an independent investigation had exonerated him).

The Academy defended itself against the accusations of Grammy-voting corruption, calling the claim “categorically false, misleading and wrong.”