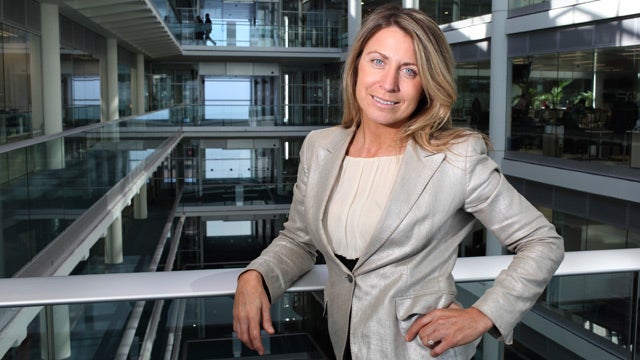 Deborah Turness has been named president of NBC News.

Turness joins the network from ITV News where she served as editor for nine years. The British journalist's appointment has been something of an open secret in media circles in recent weeks.

"I am hugely excited by the opportunities that lie ahead and look forward to working with the talented journalists and technicians who make it one of the great global news operations," Turness said in a statement.

She will become the first woman to head NBC's news operations, but her groundbreaking appointment comes at a difficult time for the division.

In her new post, Turness will be tasked with reversing the "Today" show's ratings slide. The venerable program has lost first place to ABC's "Good Morning America" and has had difficulty moving forward from the decision to push out co-anchor Ann Curry and replace her with Savannah Guthrie. Getting the show back in viewers' good graces and rekindling its sense of fun will be a top priority.

It won't be all morning shows for Turness. She will also oversee news programming on the media company's broadcast channel and cable platforms like MSNBC.

In her new role, she will report to Patricia Fili-Krushel, chairman of the NBCUniversal News Group.

Turness will remain at ITV News until July.