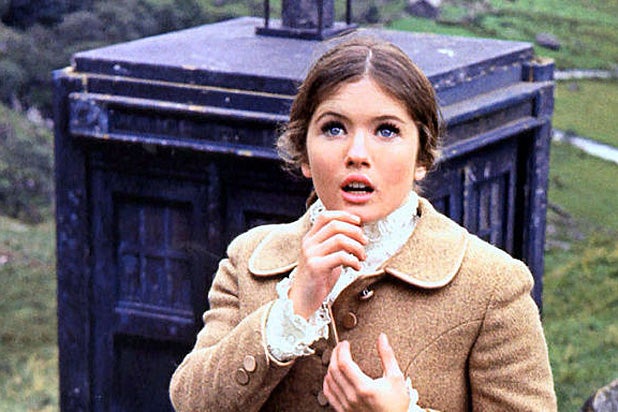 Deborah Watling, the British actress who played the first companion on “Doctor Who,” has died after a short battle with cancer. She was 69.

The actress traveled across the galaxy with Patrick Troughton’s “second Doctor” in the BBC sci-fi series, playing Victoria Waterfield in 40 episodes between 1967 and 1968.

Her death was first reported by the BBC and her brother, Giles Watling, a conservative politician, said she would be “sorely missed.”

Born in Loughton in Essex, England, in 1948, Watling made her TV debut as a child in “William Tell.” Her actor father, Jack Watling, also appeared on “Doctor Who” in the ’60s.

Due to the BBC’s traditional policy of wiping TV episodes after broadcast, only two of Watling’s “Doctor Who” episodes — 1967’s “The Tomb of the Cybermen” and 1968’s “The Enemy of the World” — still exist in their entirety, DigitalSpy reported.

Watling also appeared on a TV version of HG Wells’ “The Invisible Man” and played Alice Liddell in a “Wednesday Play” by Dennis Potter about author Lewis Carroll.

Also Read: Sexist 'Doctor Who' Fans Get Schooled by the BBC

See rare footage of her on “Doctor Who” alongside Troughton in the video below.