Debra Messing apologized for “recklessly supporting” an Alabama church sign that said “a black vote for Trump is mental illness,” and defended herself against accusations of racism in a series of tweets Wednesday.

“I apologized for liking that church sign. I said I regret it. I shud [sic] have thought before recklessly suppprting [sic],” Messing tweeted in response to a viral video which shows comedian Terrence K. Williams scolding her for commenting on the sign in a since-deleted tweet that read “Thank you Alabama.”

In the video, Williams encouraged others to use the hashtag #RacistDebraMessing, which became a trending topic on twitter Wednesday.

“You won’t accept this but black people are targeted by Trump’s GOP for voter supression [sic]. Charlottesville was about Trump supporters hating POC and Jews,” Messing continued in her response to Williams. “THAT is where my support of a sign at a southern black church came from. The use of the term “mentally ill” was wrong & hurtful.”

Over the weekend, Messing and her “Will & Grace” co-star Eric McCormack were criticized for another pair of tweets in which they called on The Hollywood Reporter to publish a list of entertainers who supported Trump at a recent Beverly Hills fundraiser.

In a segment on “The View” Tuesday, Whoopi Goldberg warned that the idea sounded dangerous close to the Hollywood blacklist, which targeted Communists in the 1940s and ’50s.

“Last time people did this, people ended up killing themselves. This is not a good idea,” Goldberg said in the clip, which you can watch below. “Your idea of who you don’t wanna work with is your personal business. Do not encourage people to print out lists, because the next list that comes out, your name will be on it, and people will be coming after you.”

“We had something called the Black List, and a lot of really good people were accused of stuff,” Goldberg continued. “You don’t have the right. In this country, people can vote for who they want to. That is one of the great rights of this country. You don’t have to like it, but we don’t go after people because we don’t like who they vote for… I’m sure you guys misspoke when you said that because it sounded like a good idea.”

Messing denied any ill intentions in another tweet Wednesday.

“NUMBER 2 I NEVER NOR WOULD I EVER call for a blacklist of anyone for any reason. The info is publicly available,” Messing said. “I as a consumer want to know where MY Money is going when I pay for entertainment. Just as you have the right to not watch W&G bc I don’t support Trump, I have the right to not go see (pay for) a movie with someone supporting babies in cages. It is First Amendment. Information, Knowledge. That is how we make decisions whether to see a movie or whom to vote for. Transparency is needed. Again, the lists are available to the public. There is nothing threatening about asking politely for information.”

Also Read: Joe Scarborough to Fox Business Host Who Says Trump Doesn't Lie: 'This Is Like Comical Version of '1984

“I want to be clear about my social media post from last week, which has been misinterpreted in a very upsetting way. I absolutely do not support blacklists or discrimination of any kind, as anyone who knows me would attest,” he said in the post.

“I’d simply like to understand where Trump’s major donations are coming from, which is a matter of public record. I am holding myself responsible for making educated and informed decisions that I can morally and ethically stand by and to do that, transparency is essential.”

The Evolution of Kristen Stewart: From 'Panic Room' to 'Twilight' to 'Seberg' (Photos) 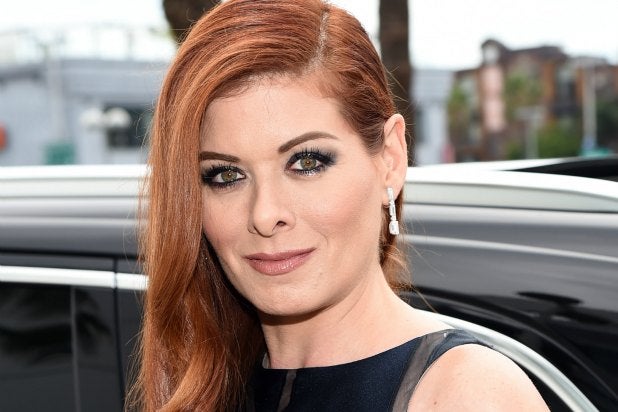