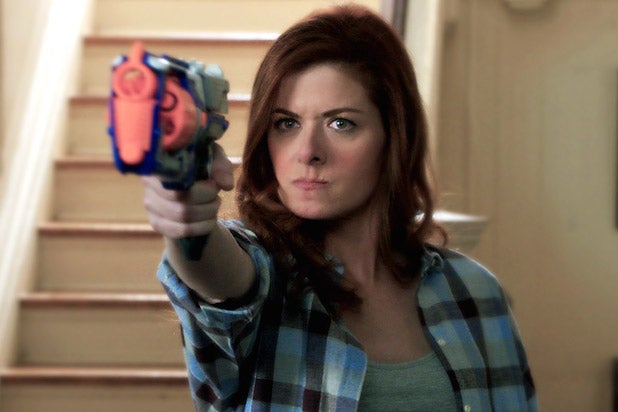 Uh-oh, New York Times. It looks like you’ve lost a subscriber… and at a time when newspapers really can’t afford to be losing them.

“Will & Grace” star Debra Messing eviscerated the Times on Monday over a profile that the newspaper ran on Ohio resident Tony Hovater who helped start the Traditionalist Workers Party, one of the extreme-right groups that marched in Charlottesville earlier this year.

Messing’s blistering tweet noted that she had canceled her subscription to the newspaper, whose coverage she called “despicable.”

Also Read: NY Times Expresses 'Regret' for Profile of Neo-Nazi: 'The Point Was Not to Normalize Anything'

The actress’ revelation came in response to a tweet reading, “Reminder: Hillary voters never once got an article as empathetic and soft lens as that Nazi profile.”

“Absolutely true, and despicable. That is why I cancelled my subscription to @nytimes,” Messing wrote in a retweet. “More empathy for a NAZI than for a lifetime civil servant running for President. Too egregious. Not the @nytimes of yore.”

Over the weekend, the newspaper drew wrath over the profile, with critics saying that it normalized white nationalism by, among other things, describing Hovater as an avid “Seinfeld” watcher whose “Midwestern manners would please anyone’s mother.”

The criticism prompted a response from the Times’ national editor Marc Lacey, who wrote, “Our reporter and his editors agonized over the tone and content of the article … The point of the story was not to normalize anything but to describe the degree to which hate and extremism have become far more normal in American life than many of us want to think.”

The clarification apparently failed to sway Messing, who also took the paper to task on Friday.

The previous condemnation of the paper came in response to a tweet from Eric Boehlert, who accused the Times of having a “decades-long obsession” with “right-wing puff pieces.”

Boehlert added, “this is why Trump is president.”

“And why I canceled by subscription to @nytimes,” Messing replied.

Absolutely true, and despicable. That is why I cancelled my subscription to @nytimes. More empathy for a NAZI than for a lifetime civil servant running for President. Too egregious. Not the @nytimes of yore. https://t.co/fVRi29Tdp4

And why I cancelled my subscription to @nytimes https://t.co/gRsnwM9T0w