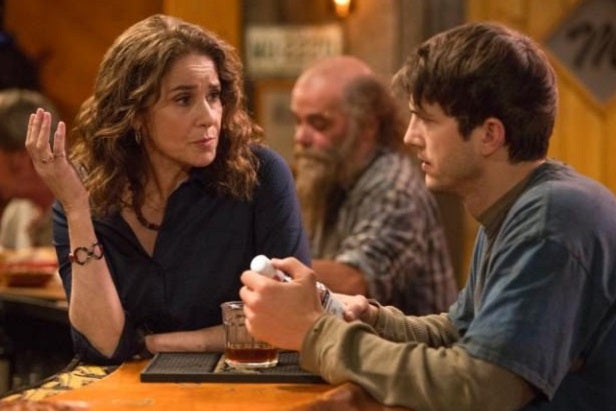 Debra Winger, the three-time Oscar-nominated actress, has some advice for women in Hollywood: “Let’s look our age.”

“Gloria Steinem, who is a very good friend of mine, would probably be very upset with me for saying this, but sometimes women are their own worst enemy,” the 62-year-old actress told the U.K.’s Telegraph in response to a question about the industry’s obsession with plastic surgery. “Come on, girls, let’s look our age, and let’s lead with it.

“Let’s put the word out that it’s OK to be getting older, and to command respect for it,” she said.

The remarks were part of an interview with Winger ahead of the April 1 debut of the Netflix series “The Ranch.” She plays a bartender and mom to a pro athlete played by Ashton Kutcher in the comedy.

Winger was a box-office force when she was in her 20s. In 1982, she was nominated for an Oscar for her role in “An Officer and a Gentleman,” playing opposite Richard Gere. She was nominated again the following year for “Terms of Endearment,” in which she played Shirley MacLaine‘s ill-fated daughter. The third nomination came in 1993, for her role alongside Anthony Hopkins in “Shadowlands.”

For all that success, Winger was nearly as well known for her high jinks — on set and off — and that had to contribute to the two-decade hiatus she took from acting. She has been married to actor Arliss Howard since 1996 after a relationship with Nebraska Gov. Bob Kerrey and a four-year marriage to Timothy Hutton, with whom she had a son, Noah.

Despite being profiled in a Rosanna Arquette documentary titled “Searching for Debra Winger,” she insists she wasn’t really gone.

“I taught at Harvard, and I raised three children, and all the time I was doing an indie here and there,” she said. Her projects included an HBO special about the Rwandan genocide and the 2008 feature “Rachel Getting Married” with Anne Hathaway.

‘You had to do some pretty crazy s— to get the press that I did,” Winger said. “Now, you just have to get out of a car without any underwear on, and you are on the front of a magazine.”