2000-2009 was a great decade to be a geek. The decade was a gold mine for lovers of science fiction, fantasy, horror and comic books.
Geekdom was the New England Patriots of the entertainment world. Heck, they were better than the Pats. More like the Pats, Colts and Steelers combined.
Here are just a few of the highlights: 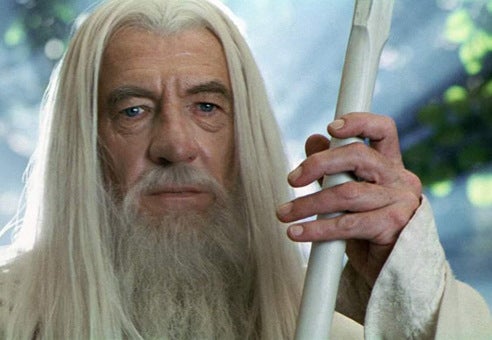 The Lord of the Rings: The franchise that kicked off the decade and turned New Zealand into fantasy central. Peter Jackson’s trilogy proved filmmakers could be as geektastic as the fans and still be successful. Look at the extended-edition extras to see just how much hard work and thought went into making these films. I’m pretty sure it’s those extras that finally pushed the third installment, "The Return of the King," over the top when it came to Oscar time.
X2, Spider-Man 2, Iron Man, The Dark Knight: Comics rule! Hard to believe there was a time when you’d go to Comic-Con in San Diego to get AWAY from Hollywood execs. Now it’s wall-to-wall development people. But all the attention wouldn’t mean much if they were still churning out monstrosities like "Batman & Robin" or "Catwoman." The aughties taught Tinseltown to respect the medium even if it has word balloons.
The Jason Bourne series, Casino Royale: As anyone who’s played "Top Secret" or the James Bond role-playing game will tell you, geeks love the spy genre. So it was heartening when Matt Damon and Daniel Craig brought the genre a dose of adrenalin and critical acclaim during the decade. 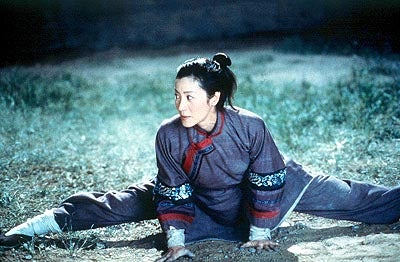 Crouching Tiger, Hidden Dragon, Hero, House of Flying Daggers: The Hong Kong action boom may be ending, but consider that at the beginning of the decade most people thought “Wuxia” was a steamed pork dumpling. The decade saw the cinematic language of the martial arts movie, from wire fu to Jackie Chan’s insane stuntwork, make its way into the mainstream.
Supernatural, Smallville, Lost, Battlestar Galactica: Given that TV in the last decade was all about reality TV and "CSI" spinoffs, the fact that so many fantasy and sci-fi series have made it this far is encouraging. Signs may be pointing to their increased importance as more and more people download or digitally record episodes, making TV viewing a bit more proactive.
Heroes: It’s great that it debuted and was an instant hit. But it’s even better that it died. How can that be? Simple. Bless Tim Kring for getting this show made in the first place, but he knew nothing about comic books. He even admitted in an interview that he didn’t know who Magneto was. It’s small wonder that the show quickly lost its way and its footing. Hopefully studio and network heads learned that you have to have someone who knows and respects the genre in order to make it really work.
Halo 2, Gears of War, Modern Warfare 2: There still hasn’t been a breakthrough videogame movie adaptation, but then again the industry doesn’t really need one. The videogame industry is a gold mine all by itself. Pretty soon we’ll have to talk about games in the same way we discuss movies and TV. The latest game consoles are so powerful they can provide truly mind-blowing cinematic rides.
Paranormal Activity, Primer: Filmmaking technology has improved and gotten much cheaper. It is now possible to make a $100 million hit on a $10,000 budget. "Primer" is even more impressive as it looks like, well, not a big-budget movie, but at least like a movie with a budget. Creating a real film is now within easy reach of any geek who’s got the determination to see a project through. And to those haters who keep dissing "Paranormal Activity," I say, stop pounding the keyboard, get off your butt and do one better. Really, there isn’t a whole lot stopping you.
Uwe Boll: Yeah, that’s right. He’s made some of the worst movies of all time and not even of the So Bad They’re Good quality. Most of them are in the So Bad It Will Damage Your Brain to Actually Watch Them category. But what few people realize is that he has developed a near-perfect model for financing and distributing movies outside of Hollywood. Imagine, if you will, somebody using Boll’s techniques for good. You could option a bestselling novel like "Santa Olivia" or "Boneshaker." Use that as a means to get seed money. Cast actors with enough international B.O. draw to secure the rest of the financing. Then turn the writing and directing chores over to young up-and-comers. Combine the best of Boll with the best of Corman and take advantage of the wealth of published genre novels.
Twilight, Harry Potter: Love ‘em or hate ‘em, these are the two biggest publishing phenomena of the decade and they’re both fantasy books. They have brought legions of young and female fans to geekdom and are proving to be very effective “gateway” drugs to the harder stuff.
Avatar: The big capper to this decade is the 800-ton gorilla that just keeps smashing box office records. Sort of like the 2007 Patriots actually winning the Super Bowl.
Strange as it may seem, in the decades that followed the original "Star Wars" and "E.T. the Extra-Terrestrial," there were still plenty of bigwigs in the industry who looked down their noses at the genre. They openly scoffed at those films’ success and brashly declared that, all evidence to the contrary, sci-fi and fantasy films didn’t make money.
You still heard it going into the last decade. Look at the past Oscar races. Insiders griped about "Lord of the Rings" and they outright prevented "The Dark Knight" from even being nominated.
Most of those same people this year wanted to hand "Avatar" director James Cameron the award in December.
Yep, things have changed.
BIO Michael Lee