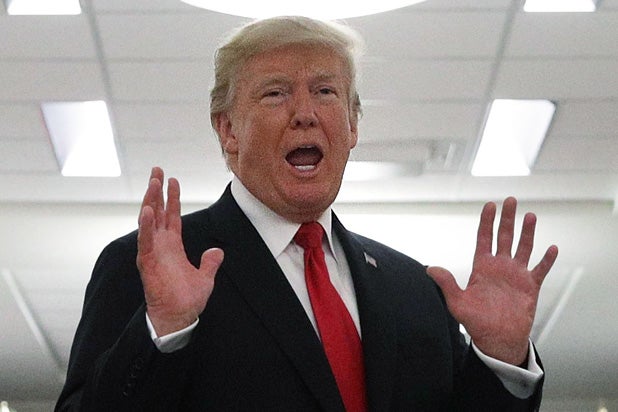 Dare I say it? I will. It feels like we may have turned a corner on the Trump presidency and that an end may be in sight.

This is not the wishful thinking of someone horrified by the degrading tone and chronic chaos of a presidency that has been worse, far worse, than we feared the day after the election.

Something has shifted. This past week has felt like a significant milestone in the decline of Donald Trump’s power.

Notwithstanding his continued popularity in his right-wing base outside of Washington D.C., Trump is losing the backing of members his own Republican Party and the executive branch of government. They are pushing back on his directives despite threats of retribution, and are telling the president publicly that they will reject his policies until required to implement them.

This means the president is weak. Weaker than we’ve ever seen him. Even Vladimir Putin did not wait for Trump to sign the bill imposing new sanctions on Russia to announce retaliatory expulsions of American diplomats on Sunday.

Consider the series of rejections Trump has experienced just in the past few days:

Everybody in D.C. Shld b warned that the agenda for the judiciary Comm is set for rest of 2017. Judges first subcabinet 2nd / AG no way

Trump is now flailing. This weekend he threatened to take away health care from members of Congress because of their vote on Trumpcare. He threatened to stop federal funding to insurance companies. He blamed the Democrats. He harangued the Republicans, calling them “fools.”

If a new HealthCare Bill is not approved quickly, BAILOUTS for Insurance Companies and BAILOUTS for Members of Congress will end very soon!

I’m probably forgetting some things, my God who can keep up, but his cycle of bully-then-blame is exhausting everyone, even people who are nominally on his side.

This does not play as a sign of strength, it plays as weakness. You threaten when you have no other options.

The ongoing chaos in the West Wing of the White House contributes to the smell of blood in the water.

Last week Trump replaced the hapless Sean Spicer with “Wolf of Wall Street” slickster Anthony Scaramucci. That seemed like an improvement for literally one day, after which “the Mooch” vomited all over himself in a vulgar interview with The New Yorker. He’s been low profile since then. Update: He got fired on Monday. (See my point?)

And in the latest twist of last week, Reince Preibus — accused of being the “leaker” — is out as chief of staff, replaced by General John Kelly, with no sign of a replacement for Kelly in the Department of Homeland Security. Plenty of pundits are predicting that the buttoned-down Kelly will be a bad fit for the most undisciplined president in anyone’s modern memory.

"We see today a president at war with his own party, and that to my mind never turns out well." https://t.co/uw1fW4n4PL

Meanwhile, Robert Mueller steadily continues his investigation: drip, drip, drip. Trump is keenly aware of this ticking time bomb and it appears to be driving him to ever-worse decisions.

Bad judgement, bad behavior, mob-style threats and an inability to learn from his own mistakes. Watch where this goes.