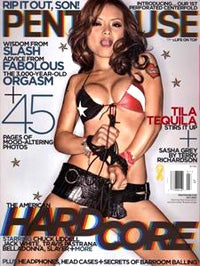 On Monday, the Audit Bureau of Circulations released its Fas-Fax — the highly anticipated semiannual scorecard for magazine publishers. And, as expected, the newsstand numbers were fairly brutal. (You can read TheWrap’s story here.)

In what constitutes as “fun” for magazine nerds, I did some deeper digging into the numbers, wielding an Excel spreadsheet like a champion.

Here are five additional observations from the dive:

1. Publishers largely fulfilled their rate bases.
Of the top 30 magazines in terms of paid circulation, just one — Playboy — missed its rate base (the number of copies it guarantees to advertisers it will sell) during the first half of the year. Most overdelivered on their guarantees by a marginal amount, except for one: Game Informer, a magazine for videogame geeks, had a total paid circulation of more than 3.6 million during the first half, some 30 percent more than its guarantee of 2.3 million copies.

3. The newsweekly category continues its long, slow goodbye.
Paid circulation for Time and Newsweek — which are betting on surviving as smaller, Economist-style print titles — fell (by 0.5 and 3 percent, respectively). U.S. News, which tried to reposition itself outside of the category entirely, saw its total paid circulation plummet more than 25 percent. The fear is that the web is starting to co-opt even the deeper analysis these magazines are known for.

4. The Week continues to amaze.
Felix Dennis’ weekly aggregator is holding its own (along with the Economist) in an otherwise dead category. It’s quite easily my favorite magazine for its simple utility — for that reason alone, it’s bound to outlast Newsweek and Time in print — yet I have to admit I’m surprised it’s caught on, given the seismic shift of news to television and the Web.

5. Magazine with titles I make fun of are actually getting subscribers.
For reasons unknown to humanity, Truck, Race, Cycle and Recreation (up 172 percent), Kustoms & Hot Rods (up 93.2 percent) and Bowhunt America (50 percent) managed to increase their subscription bases by healthy margins. Sadly, Tropical Fish Hobbyist (down 5.6 percent) and Wildfowl (-4.2 percent) didn’t fair as well.