The carpenters who built the Titanic didn’t mean for it to be hit by an iceberg. The Romans who built Pompeii at the foot of a volcano didn’t have it in mind that they would be engulfed by lava. And Claudio Fragasso didn’t mean for “Troll 2” to be the worst movie ever made.

Some disasters have to happen organically, with the best of intentions in mind.
I can tell you firsthand that “Troll 2” was never made with a wink and a nod, not from anyone on set. We were all trying to make a great movie. As a kid, I thought I was making the next “Gremlins.” We all had that glimpse of stardom on the horizon, and “Troll 2” was the family minivan that was going to drive us there. 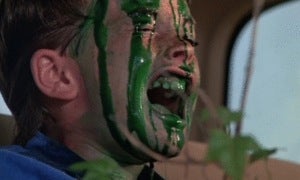 This seemed to be a trend during the ‘80s and ‘90s. Filmmakers would pour their heart into the project, never once doubting themselves or the quality of their work. They’d spend years of their life, put up their own money, sacrifice almost everything they had. All for a movie that turned out to be a piece of garbage, an utter failure.
But is it garbage? Certainly most of these examples of schlock cinema are at worst watchable, and at best completely enjoyable. There’s something about watching someone aim right for the bull’s-eye and miss by about 15 feet that is so relentlessly entertaining, and it’s because of that sincerity, that genuine will to succeed.
It’s mostly why Ed Wood, who directed a handful of the most poorly made movies of all time, is generally well-respected as a filmmaker. Because he gave it his all. And so did Claudio Fragasso, director of “Troll 2” and subject of my documentary, “Best Worst Movie.” He believed in the film unconditionally, and to this day counts it as a fantastic, seminal piece of work.
Having been to so many screenings of “Troll 2” and seeing it with so many audiences hanging on every word, relishing every eruption of green goop on an actor’s face, I honestly don’t think I can call “Troll 2” a bad movie.
It’s remarkable how much people can enjoy this bizarre piece of schlock. Heck, I’ve even seen people get engaged after screenings of “Troll 2.” It succeeds in every way, save the ones it aims for. To me, that’s just an unfortunate technicality.
The interesting trend now is seeing movies (some small, some big) attempting to emulate the cult success that “so bad it’s good” movies like “Troll 2” and “The Room” are enjoying by purposely trying to miss the mark, sacrificing sincerity for absurdity.
These wink-at-the-audience movies like “Snakes on a Plane” and the veritable avalanche of SyFy Channel original movies with titles like “Mega Shark vs. Giant Octopus” and “Mongolian Death Worm” are actually employing hokey dialogue, cheesy effects and ridiculously over-the-top acting as a tool, rather than just being so inept as to mistake them for quality.
“Troll 2” is a movie in which a Goblin Queen seduces a naïve teenager using a cob of corn. “Mega Shark vs. Giant Octopus” is a movie in which Lorenzo Lamas battles a shark that can grab commercial airplanes out of the sky. Both oddly similar, equally terrible. Which one is still going to be watched by adoring fans in basements and arthouse theaters in 20 years?
Hard to say, but I’d hedge my bets on the Goblins.
So the question is, does a movie like “Mongolian Death Worm” hold a candle to “Troll 2”?’ Does settling for laughably bad over striving for genuine quality effect the audience’s enjoyment?
I honestly couldn’t tell you. Believe it or not, I don’t watch a lot of bad movies.

Michael Paul Stephenson is the director of “Best Worst Movie,” about the film in which he starred as a 10 year old, 1990’s “Troll 2.” He continued acting into his early twenties and has worked with outstanding directors such as Academy Award nominee Taika Waititi and Robert Redford. As a cinematographer, he has worked on numerous projects, most recently with Oscar nominee Mel Stuart. He has written, produced and edited various projects for clients such as GRB TV, Shape Magazine, GE, ABC and more. As a writer, he was a recipient of the prestigious American Gem Screenplay Award for his screenplay, “Orange.” He lives in Los Angeles with his producing-partner and wife, Lindsay Stephenson.