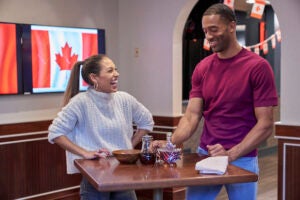 Delia Cai, creator of the media newsletter Deez Links, speaks to TheWrap about the future of newsletters

It’s no secret that newsletters are having a moment in the media industry.

Substack, an online platform for publishing free and paid newsletters, launched in 2018 and has, in the past year, become the go-to platform for writers looking to monetize their followings. But is all this success sustainable? And who benefits most from making the pivot to Substack?

TheWrap spoke with Delia Cai, a growth and trends editor at BuzzFeed and the creator of Deez Links — a newsletter with over 10,000 subscribers that sends readers links to some of the most interesting, strange or otherwise noteworthy stories about or related to the media industry — to discuss the rise and what she calls the “illusion” of newsletters, what lies ahead as more writers and journalists head to Substack and what lessons she hopes traditional media publications can take from the newsletter industry.

You recently described this boom in journalists and other media figures striking out on their own with newsletters as the “Substackaissance.” Newsletters are by no means a new tool in the media industry, but what led to this resurgence?

When we say Substackaissance, it sort of embodies this larger shift in media that isn’t directly tied to just Substack. This larger movement toward depending on subscription revenue has been a long time coming because Facebook came and really changed the game. Publishers were forced to play by Facebook’s rules for so long, and as we saw with the whole pivot-to-video debacle, it was just not a reliable game to play.

The push toward subscription was really helped along with the fact that we had the Trump administration, and the value of delivering quality journalism and news and analysis became very, very apparent. I feel like journalism made a really good pitch during the Trump years to be like, ‘This is worth paying for’ — especially given the disinformation, especially given the noise that I think anyone finds themselves confronting when they get on social media.

This is a larger cultural shift into people becoming used to the idea of paying for news, for content, for things that serve their own niche interests, and supporting writers that they care about. 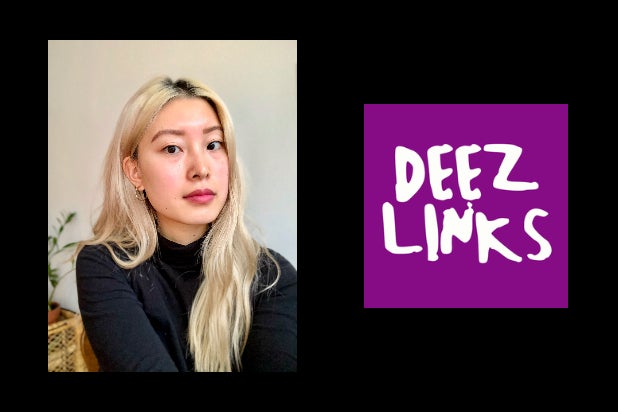 There have been a lot of flashy headlines in recent months that make the pivot to Substack seem very lucrative. Where does that leave individuals who don’t have those massive followings? Is there a path forward for these kinds of creators looking to rely on a newsletter as their main source of income?

It is harder. If you look at a lot of the top earners on Substack, they’re people who came from established media jobs. It’s kind of funny because they’re probably part of the generation that also started blogging and then moved into legit journalism jobs, and now they’re kind of coming back out on their own.

But the prospects of, Hey, anyone can start a newsletter and immediately turn a six-figure profit like Matt Yglesias does, I think that can be an illusion. I started my newsletter five years ago — almost to the day — as an intern, and it’s taken this long to just basically start breaking through.

I’m interested to see, now that we’ve seen the big writers who’ve moved over and gotten their followings to pay money, what comes next in terms of the talent that grows on Substack and then probably gets absorbed into legacy media. I feel like a lot of people will use Substack as a launchpad in the same way that Ben Smith and Andrew Sullivan and that whole generation of feminist bloggers really got their start blogging, and then they moved into traditional media.

So the Substack boom may result in more writers going to legacy media publications, rather than the other way around?

Yeah, I think so. The audience that you can build for yourself on Substack, as someone starting from like the ground up, that’s always going to be a slower job than if you do it for however many years and then get a cool job at Vox or The Atlantic or wherever, because that’s instant elevation. I’m curious to see how many people will try to stick with it on Substack and really do it on their own, versus going toward traditional media jobs that would give you a big audience.

Speaking as someone who’s still pretty early in her career, I think people will want to work in traditional media because writing a newsletter is pretty lonely. You’re not really growing, no one’s really teaching you — especially if you’re at the beginning of your career — how to report better. And then there’s even just the legal aspect if you’re getting into super investigative reporting that could leave you exposed legally. You want to work for a place that has amazing lawyers on staff who would protect you.

There are already so many news and entertainment options to subscribe to. At what point does subscription fatigue set in? How might that impact this newsletter boom?

I ran a poll once on Twitter, just to see. And I remember the majority of people did not pay for any newsletters. That’s a problem if people think that the newsletter industry is something that you can scale up really big.

But that also might be a good antidote, because it seems like everything in media has been so obsessed with scaling up so that you can get a million clicks, so that you can turn it into some advertising dollars, and so we have all this very general content that’s meant to appeal to a million people. But maybe the fact that newsletters are anti-scalable makes them good because then you don’t really have to cater to a big audience. You can be specific and really just talk to your people.

How does a media publication benefit by allowing their journalists to have their own newsletters? Does that tie into the push toward journalists having their own “brand”?

Honestly, I suspect a lot of legacy organizations are just a little slow on the uptake here because if you’re an organization, you probably don’t want some of your star writers to know how much they could be making if they just went off and did their own thing, especially when you hear about it so often.

But I would say, as an outlet, you want your writers to have the largest platform possible themselves. It’s probably what you’re looking at half the time when you’re bringing on new talent. Having a newsletter, it’s like an extension of having a really loyal Twitter following. They’re probably even more loyal because they’ll read longer stuff. So there’s a trade-off there because you want your writers to have as dedicated an audience as possible, but you probably don’t want them to know the exact dollar amount of what that’s worth.

What do you predict will happen in the next phase of this newsletter craze?

This utopia where everybody who wants to be a writer can support themselves full-time on a newsletter? I don’t think that’s going to happen. There will be the people at the top who can do it full-time, there will be some people on a second tier who earn a good amount of money from their newsletter while they also do other things. There’ll be a big tier of people who just do it as a passion or a hobby, or if they’re students, they’re trying to just give themselves experience or make their own clips.

What are some of the biggest changes you’ve noticed in the newsletter world since you launched Deez Links?

It’s been really interesting to find the spaces where Black writers and writers of color are almost like carving out their own zines. It’s sort of like, You know what? If U.S. media is not going to cover this, we’re going to write about it. I’ve seen it done in a reported way with [newsletters like] Run It Back. Patrice Peck has her Substack called Coronavirus News for Black Folks, and that’s a lot of curating and reporting. It’s original reporting and analysis. It’s really cool to see that coming out, where BIPOC writers are like, If people are not going to take our pitches, if we’re not going to be covering this stuff in mainstream media, we’re just going to start doing it now.

What I really hope is that that changes traditional media. Media loves to complain about the pipeline problem, and so I think these Substacks from underrepresented writers are irrefutable proof that you don’t even have to look that far. We’re putting our writing and reporting out there.

There’s a huge reason to start a newsletter that lies outside of getting a big following and making a lot of money. When I started, … I just [wanted] to give myself an outlet to be funny and try out having an opinion, to have something to send to my friends and see what they think and to get in the practice of writing something short and snappy every day.

Even if my newsletter never got more than 100 subscribers, it would still have been the most important thing that I’ve done for my career because it really forced me to be disciplined, to not really use writer’s block as a crippling excuse because I know every day that I have to find something cool and write about it. That’s an amazing mindset to train yourself in. And if you can’t find an opportunity elsewhere that will give you training like this, you can give it to yourself in a way.