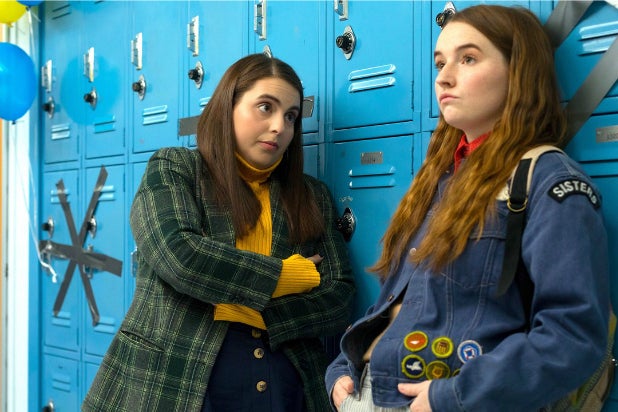 “We are immediately putting a new process in place for managing content available through Delta’s in-flight entertainment,” Delta said in a statement to TheWrap. “Studios often provide videos in two forms: a theatrical, original version and an edited version. We selected the edited version and now realize content well within our guidelines was unnecessarily excluded from both films. We are working to make sure this doesn’t happen again.”

The airline confirmed this week that the versions of both films edited for fights omitted key same-sex love scenes involving its lead characters. The love scenes did not violate Delta’s guidelines, but other material did. Those unspecified violations led Delta to choose the edited version of the film to show. A Delta spokesperson told TheWrap the guidelines are not made public.

“Booksmart” director Olivia Wilde tweeted a viewer complaint that the hookup scene between actors Kaitlyn Dever and Diana Silvers had been cut from the film.

“This is truly a bummer. There is no nudity in this scene. What makes it too obscene for airplane viewing? What airline? ” tweeted Wilde.

This is truly a bummer. There is no nudity in this scene. What makes it too obscene for airplane viewing? What airline? https://t.co/5QwlomY2fR

Later, Wilde added she had watched the original edited version of “Booksmart” on a flight and that a “third party company” was responsible for the edits to the film. “I finally had the chance to watch an edited version of Booksmart on a flight to see exactly what had been censored. Turns out some airlines work with a third party company that edits the movie based on what they deem inappropriate. Which, in our case, is … female sexuality?

A spokesperson for Delta told TheWrap, “The studio has agreed to provide a special Delta edit that retains the LGBTQ+ love scenes in both ‘Booksmart’ and ‘Rocketman’ that will be on our flights as soon as possible. Currently, we have ‘Gentleman Jack,’ ‘Imagine Me and You,’ and ‘Moonlight’ onboard and countless content in the past that clearly shows it is not our practice to omit LGBTQ+ love scenes.”

An industry insider told TheWrap that the films are not hosted on a cloud and cannot be instantaneously replaced.

The news was first reported by Buzzfeed. Clara Chan and Lawrence Yee contributed to this report.