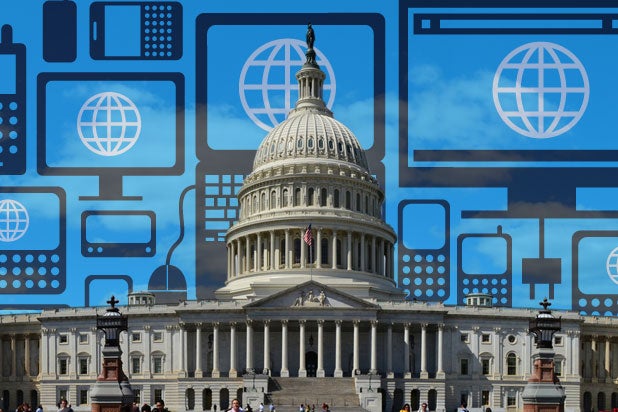 Congressional Democrats and Republicans offered widespread agreement Wednesday that the time has finally come for the government to step in and take action to preserve net neutrality. Then again, they disagreed strongly on the shape that protection should take.

As they argued, Republicans dropped hints that bipartisan talks could yet bring the two sides much closer together to craft a compromise measure in which Congress would step in to avert controversial FCC net neutrality regulation and legal wrangling over its legality.

Rep. Greg Walden, the Republican chairman of the House Energy and Commerce Committee’s telecom panel said  that he was willing to work with Democrats to revise a GOP net neutrality legislative proposal that Democrats previously slammed for being filled with “loopholes.”

“It is not our intent to create a giant loophole,” Walden, R-Ore, told reporters after a committee hearing. “We are open to different language.”

“I do not expect our draft to be a final product, but I believe that it is not a partisan starting point to the conversation,” he said.

The comments came as congressmen and senators in Capitol Hill hearings by each committee on Wednesday offered starkly different views about how to provide net neutrality guarantees.

Republicans have ripped President Obama for pushing the FCC to act expansively on net neutrality rules. They said FCC action would likely lead to lengthy court challenges over its authority to act and years of uncertainty that would hurt investment for Internet companies. Instead they called for congressional action.

“The president is turning the FCC into his own puppeteer,” said Walden, arguing that Congress rather than the FCC should set the rules.

“We have a very important choice to make between letting three very smart ad capable but unelected people at the FCC use a statute written for another era to cobble together a regulatory scheme that undoubtedly will end up in years of costly litigation,” he added.

“The American people have spoken clearly on how important the Internet is in their daily lives and our economy,” said U.S. Rep. Doris Matsui, D-Calif. “I am concerned about the unintended consequences.”

The biggest target of the Democrats was a section of the GOP plan that excludes “specialized services” from net neutrality protection.

Matsui called it a “loophole” that would easily allow service providers to avert net neutrality.

“If we don’t get this right, we are moving backwards,” she said.