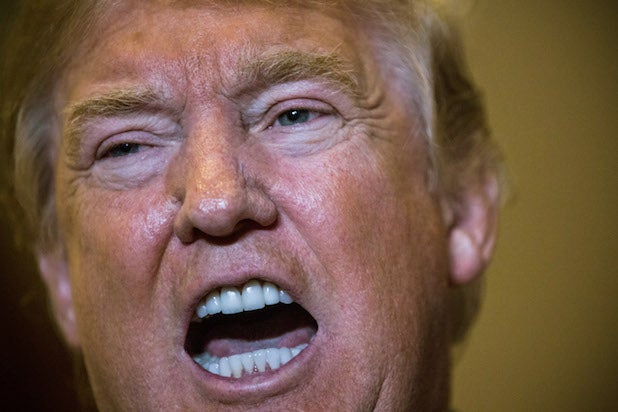 Democratic lawmakers in New York State found a creative way to get a peek at the president’s illusive tax records by introducing a bill that would require the Empire state to release five years of Donald Trump’s state returns, according to The Associated Press.

If passed, the bill would apply to any president or vice president who files tax returns in the state of New York, as well as other state politicians, including Gov. Andrew Cuomo, the attorney general and the state’s two U.S. senators.

But Democrats say what they really want is to finally get a glimpse of what’s in Trump’s financial disclosures, which the president has refused to release.

“This is drawing a line in the sand: Are you for transparency or not?” Manhattan State Sen. Brad Hoylman told the AP. “This is an issue of national security.”

While the New York Assembly is controlled by Democrats, the bill could face an uphill battle in the state Senate, which is held by Republicans.

“This sounds like a P.R. stunt,” Scott Reif, a spokesman for the Senate GOP, told the AP.

Trump has refused to release his tax returns for any year, citing an ongoing audit. Last week, Treasury Secretary Steven Mnuchin said that President Trump has “no intention” of releasing his tax returns.

But the president told CBS’s “Face the Nation” on Sunday that he never spoke with Mnuchin about releasing his returns.

“I never spoke to him about it. Honestly, he’s never asked me about it,” Trump said.