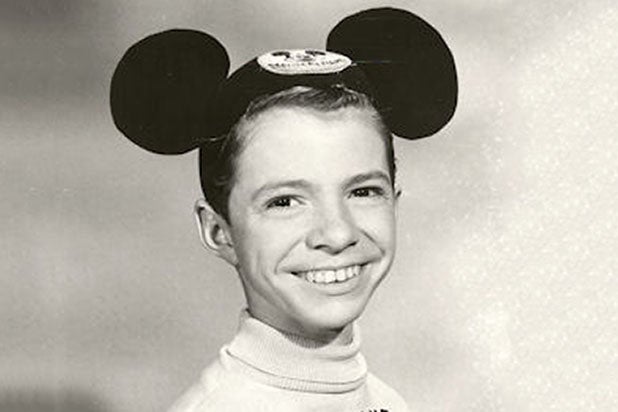 Human remains found in April at the Oregon home of Dennis Day, one of the original Disney Mouseketeers who has been missing since last July, have been identified as the missing man, state police told TheWrap.

The Oregon State Medical Examiner’s office was able to identify the body found at the 76-year-old’s Phoenix, Oregon, home as his own, but not with the use of dental records or DNA because of the remains’ condition, a police spokesperson said. No cause of death was given for Day and the investigation is still ongoing.

“Our family would like to take this time to share with you that the remains found in Dennis and Ernie’s home have been officially identified as our beloved Brother and Uncle, Dennis Day,” Day’s niece, Janel Showers, wrote in a Facebook post Thursday, which was shared on the family’s “Help Us Find Dennis Day!” page. “The cause of death is under investigation by the Oregon State Police so we will not be making any comments or answering any questions at this time. We are truly thankful to all of you for your love and support. Please keep Ernie in your prayers during this extremely difficult time. Our family is truly thankful to the Oregon State Police for helping to bring closure to our family so that we can finally lay Dennis to rest. We love you Brother & Uncle Dennis!”

Day was cast as one of the original Mouseketeers in Disney’s “The Mickey Mouse Club” in 1955 at the age of 12. He stayed on the program for two seasons before exiting in 1957.

The former child star was reported missing last summer by his longtime partner Ernie Caswell, who suffers from dementia-related memory problems. He was last seen in his driveway, saying he was going to visit friends. His car was found along the Oregon coast with two people inside who had no connection to Day, but police say there were no signs of foul play, according to USA Today.

“Ernie was in the hospital at that time, and he realized Dennis hadn’t come to visit him in a few weeks,” Day’s sister Nelda Adkins told Dateline in February. “So he had someone from the hospital call the police and report Dennis as missing.”

“I keep the file on my desk all the time,” Lt. Jeff Price of the Phoenix Police Department told a local NBC affiliate in January, “…waiting for that one call to come in.”

“He’s not the type of person who would just disappear. Especially with his significant other being in the hospital — he was very dedicated to him,” Day’s niece Denise Norris told Dateline. “We are worried. [We] just need answers. We love him. We’re just kind of lost with what to do, or how to find him.”