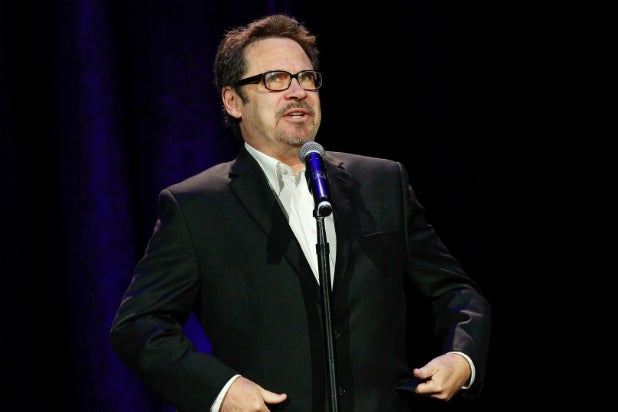 Westwood One refers to itself as “America’s largest audio network.” Miller’s “The Miller Minute” was already there, with the nationally syndicated 60-second radio feature airing twice daily on 150 radio stations.

“Dennis is a legend, and we’re proud to represent more of his original, idiosyncratic commentary,” said Suzanne Grimes, EVP, Marketing for Cumulus Media and president, Westwood One. “Marketers will now have access to Dennis and his acclaimed content across both broadcast and podcast platforms in a one-stop package.”

Miller added, “After wandering aimlessly through the Podcast Forest for a while, it’s nice to be back in the fold with the most knowledgeable guides of Westwood One.”

“The Dennis Miller Option” podcast is an uncensored take on current events, politics, pop culture, and anything else that’s on Dennis’s mind, per the show’s official description. Joining him on his no-holds-barred podcast are guests from across the political, comedic and entertainment spectrums, along with his “Guy Friday” guy, Christian Bladt.

New episodes of “The Dennis Miller Option” are available every Tuesday and Thursday on Apple Podcasts, Google Podcasts, WestwoodOnePodcasts.com, and the Westwood One Podcasts App for iOS or Android. Miller can currently be seen (and heard) in a stand-up comedy special on Amazon Prime.

Miller’s podcast shifted to its current twice-per-week format in June, a move TheWrap also reported. For a brief time back in 2015, he and Adam Carolla co-hosted “PO’dcast.” That show’s November cancellation made way for Carolla’s current “Reasonable Doubt” podcast with attorney Mark Geragos.

The “PO’dcast” guys, Carolla and Miller, stayed on good terms and guested on each other’s shows since splitting up. Even recently, Miller would regularly call in to “The Adam Carolla Show” to play “The Rotten Tomatoes Game” with the gang. That all ended when Miller struck the deal with Westwood One, a person with knowledge of agreement told TheWrap.

Carolla recently extended his own PodcastOne deal through 2023.