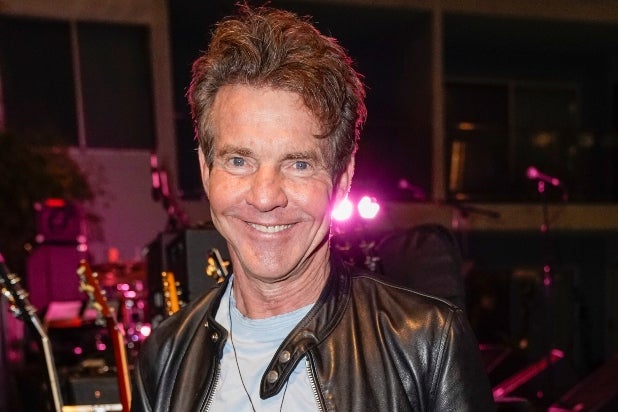 Dennis Quaid said he’s “feeling some outrage and a lot of disappointment” over the media’s response to a public service announcement he participated in with Dr. Anthony Fauci about the coronavirus pandemic.

“It is being used by the cancel culture media that I was doing a campaign ad and endorsement of Donald Trump, and that I was paid handsomely for this by diverted CDC funds,” Quaid said in an Instagram video titled “NO GOOD DEED GOES UNPOLITICIZED” on Saturday.

“Nothing could be further from the truth,” he continued, saying that the PSA was about “raising awareness for COVID-19 and what we can still do to prevent lives being lost to this terrible, terrible virus.”

Quaid said that the ad was not meant to be political and that he wasn’t paid for it.

“It was about the importance of wearing a mask, about social distancing, and was in no way political,” he said. “I was not paid one penny for doing this interview and neither was Dr. Anthony Fauci.”

Then he took a moment to scold reporters who he says didn’t “do their homework.”

“I am really disappointed that some people who call themselves legitimate reporters don’t do their homework. If you would like to listen to my entire conversation with Dr. Anthony Fauci, you can,” he said. “It’s on my podcast ‘The Dennisance’ on Audio Up. Whoever wrote this story obviously did not listen to the interview.”

Politico reported Friday that the PSA was a $300 million ad campaign from the Health and Human Services Department to help “defeat despair” about the pandemic, and that senior officials had recorded spots with Quaid and singer CeCe Winans while reaching out to Dr. Oz and Garth Brooks as well.

Dennis Quaid has previously been vocal about his support for Trump’s response to the pandemic. “I think Trump, no matter what anybody thinks of him, is doing a good job at trying to get these states — and all of the American people — what they need, and also trying to hold our economy together and be prepared for when this is all over,” the actor told the Daily Beast in April.

Quaid ended the PSA about the PSA with a reminder: “Wear a mask.”