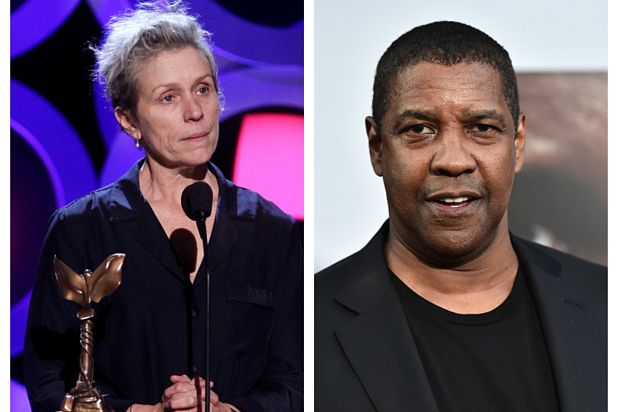 Denzel Washington is in early talks to Join Frances McDormand in a film adaptation of “Macbeth,” based on Shakespeare’s 17th-century play, an individual with knowledge of the project told TheWrap.

Joel Coen will write and direct with Scott Rudin to produce. A24 will distribute.

The film follows a Scottish general’s rise to the throne after receiving a prophecy from a trio of witches predicting that he will be king one day. One day isn’t fast enough for Macbeth and his wife, who encourages him to just murder the sitting king in order to speed up the process.

Washington was last seen in the sequel to “The Equalizer” and will next shoot the Warner Bros. thriller “Little Things” in the fall. He will then direct Michael B. Jordan in “Journal for Jordan.” Coen’s “Macbeth” is being eyed for a 2020 production start.

In 2016, McDormand performed the role of Lady Macbeth in a stage production by the Berkeley Repertory Theatre.

Coen last wrote and directed the Netflix film “The Ballad of Buster Scruggs,” with his brother, Ethan, which received an Oscar nomination for Best Adapted Screenplay.