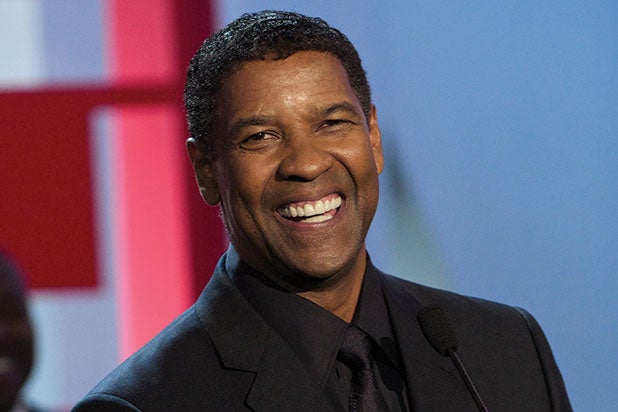 Denzel Washington has been named the recipient of the 2019 American Film Institute’s Life Achievement Award, the organization announced Friday.

The star of “Training Day,” “Fences,” “Malcolm X” among many more will receive the award at a gala tribute on June 6, 2019 in Los Angeles. The event will be aired on TNT followed by an encore presentation on Turner Classic Movies.

“Denzel Washington is an American icon,” said Sir Howard Stringer, chair, AFI Board of Trustees in a statement. “As an actor, he stands tall as a heroic, stoic embodiment of the best in all of us, and he does so with heart, humanity and one of the brightest smiles to ever light up the screen. Equally formidable as director and producer, he is a creative force to be reckoned with — and one of the most vital, relevant artists working today. AFI is proud to present him with its 47th Life Achievement Award.”

The 2018 recipient was George Clooney.

Washington is a two-time Oscar winner for “Glory” and “Training Day.” He most recently starred in “Roman J. Israel, Esq.” and “The Equalizer 2.”

The AFI Life Achievement Award was established by the AFI Board of Trustees in 1973. Notable past winners include Clint Eastwood, Meryl Streep, Harrison Ford, Jane Fonda, Diane Keaton and Al Pacino.