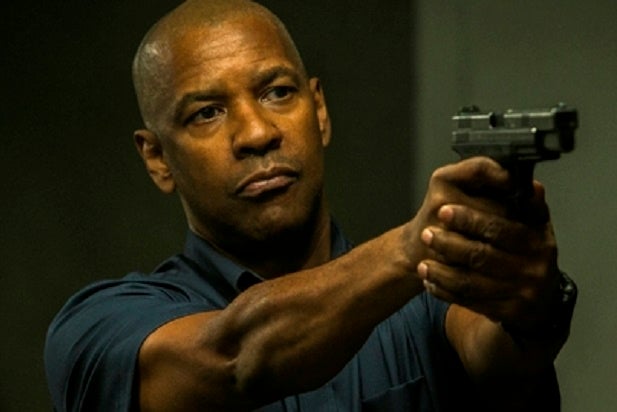 “The Equalizer” is on pace to match box office expectations.

The Denzel Washington-starring action flick, from “Training Day” director Antoine Fuqua, made $1.45 million in showings starting at 7 pm at 2693 locations on Thursday night.

An R-rated shooter, the $55 million film from Sony and Village Roadshow picture is expected to make around $30 million and come in first place this weekend.

By way of comparison, Washington’s last gun-heavy action film, “2 Guns,” made $1.3 million on Thursday night showings, on its way to $28 million at the box office.

Also read: Dependable Denzel Washington to Dominate With ‘The Equalizer’

Washington, an Oscar-winner for his role in Fuqua’s “Training Day,” is nothing if not dependable, as his last 10 wide releases have averaged a $28 million opening, a $86 million domestic gross and more than $170 million total box office worldwide.