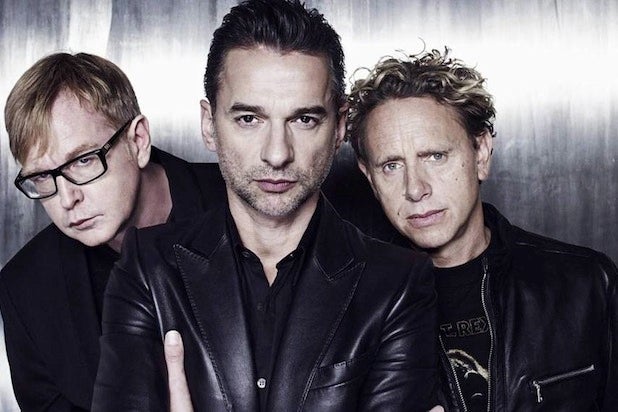 On Thursday, white nationalist Richard Spencer was asked at the Conservative Political Action Conference (CPAC) if he liked rock music, and to Olivia Nuzzi of New York magazine, Spencer responded by declaring that British electronic rock band Depeche Mode is the “official band of the alt-right.”

The only problem? The feeling is most definitely not mutual.

In a statement released to Gothamist and several other media outlets, a rep for Depeche Mode called Spencer’s comments, and stated that Depeche Mode “has no ties to Richard Spencer or the alt right and does not support the alt right movement.”

Depeche Mode’s popularity with Spencer and the racist white nationalist movement, documented since 2016, is of course at odds with the band’s history. Lead songwriter Martin Gore is himself of mixed race heritage, and one of the band’s signature hits is the anti-racism anthem “People are People.”

And three weeks ago, Depeche Mode released “Where’s The Revolution?“,the first single from its upcoming album, “Spirit,” which calls on people to rise up against politicians and political movements similar to Trump. The album is also notable for several songs inspired by the band’s negative reaction to both the victory of Donald Trump in the U.S. and Brexit.

Perhaps Depeche Mode can respond to Spencer directly this Wednesday, when they are slated to appear on “The Tonight Show With Jimmy Fallon” in support of their upcoming album, “Spirit,” set to hit stores March 17.

As for Spencer, his visit to CPAC was short-lived, as event organizers kicked him out and declared that he was not invited to their their event.

“He is not welcome here,” CPAC Communications Director Ian Walters told Talking Points Memo. “His views are repugnant and have absolutely nothing to do with what goes on here.”

Spencer was most recently in the news after being punched in the face during a television interview, video of which went viral on social media.