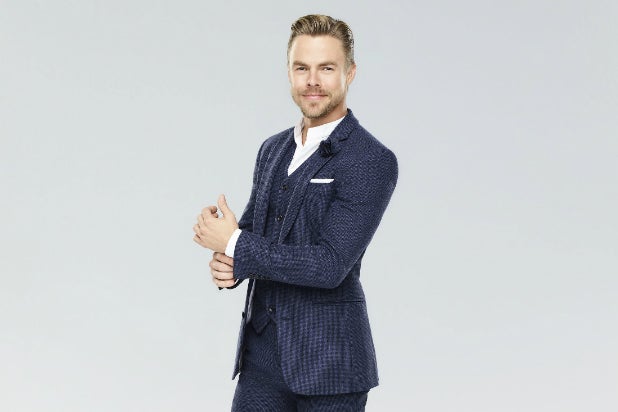 “World of Dance” judge Derek Hough has signed a first-look producing deal for both alternative and scripted programming with Universal Television.

“Derek is incredibly engaged and passionate about every project he tackles and is exactly the type of talent we want to be in business with,” said Meredith Ahr, president of NBC Entertainment’s alternative and reality group. “We’re excited to have him in the Universal Television family and work with him even closer as a producer to develop new and innovative ideas.”

Hough will continue on “World of Dance.” In addition to his three seasons there, Hough also co-starred on NBC’s production of “Hairspray Live!” in 2016.

Also Read: 'The Good Place' to End After 4 Seasons on NBC

Hough has been nominated for nine Emmys, winning two. The choreographer has won ABC’s “Dancing With the Stars” six times, which is a record.

Readers can currently catch Hough on tour with “Derek Hough: Live! The Tour.” His first-ever solo tour, which stops in 59 cities, combines live music, dance and a new stage production.