President Kirkman “really screwed” up his State of the Union address to the nation — but that doesn’t mean he’s ready to throw in the towel on his first presidential campaign. Just yet, anyway.

In the 2-minute trailer for Season 3 of Netflix’s “Designated Survivor,” Kirkman (Kiefer Sutherland) has to face a political reality he’s never come across before: campaigning.

Per the streaming service: “What does it take to make a leader? What price will he be willing to pay? This season will explore today’s world of campaigning, smear tactics, debates, campaign finance and “fake news.” Democracy, as we know it, will hang in the balance.”

The high-stakes political thriller, which was picked up by Netflix last fall after being canceled at ABC, stars Sutherland as a low-level cabinet member who is suddenly catapulted to the position of President of the United States after a devastating terrorist attack strikes during the State of the Union, killing all those ahead of him in the presidential succession line.

See the poster for Season 3 below and watch the trailer above. 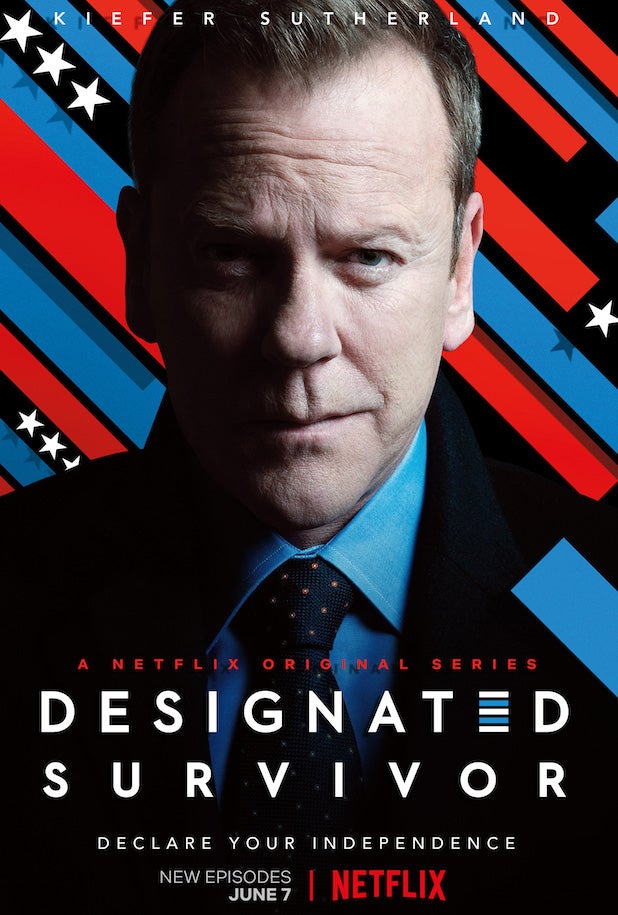