“Despacito” fans were greeted with a rude awakening on Tuesday morning on YouTube, where the Luis Fonsi and Daddy Yankee music video hit was briefly pulled from the site after hackers toyed with it.

The videos were retitled with the culprits’ signature,  “Hacked by Prosox & Kuroi’sh.” The hackers targeted music syndicator Vevo, which carries some of the biggest videos on YouTube — including “Despacito,” the most watched clip in the site’s history. The video just passed the five-billion views threshold last week. Once hit on Vevo’s side, the hack became visible on YouTube.

“Vevo can confirm that a number of videos in its catalogue were subject to a security breach today, which has now been contained,” a company spokesperson told TheWrap, adding, “We are working to reinstate all videos affected and our catalogue to be restored to full working order. We are continuing to investigate the source of the breach.”

A YouTube spokesperson stressed to TheWrap the hack was on Vevo’s end, and that the video giant pulled the clips while Vevo looked into the issue.

“After seeing unusual upload activity on a handful of VEVO channels, we worked quickly with our partner to disable access while they investigate the issue,” a YouTube spokesperson said.

Some of the videos were left unscathed, but others had their thumbnails replaced with a scene from the TV show “Money Heist,” with several of masked henchmen holding guns. When viewers went to watch “Despacito,” they were only able to see the gunmen and told the clip was unavailable.

Also Read: Former Equifax CEO Grilled by Congress: 'Like the Guards at Fort Knox Forgot to Lock the Doors' (Video) 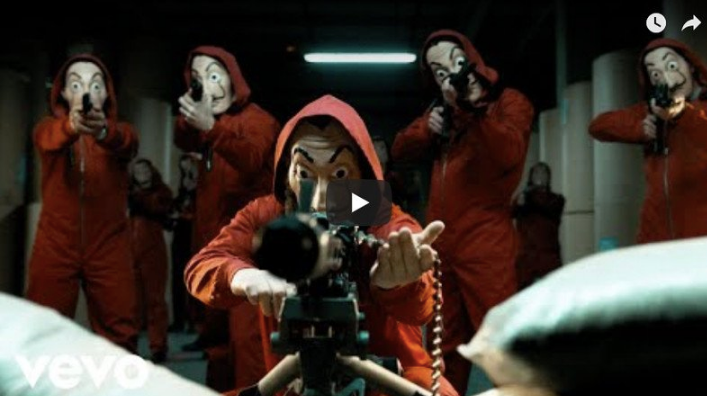 Later on Tuesday morning, “Despacito” and the rest of the videos hit appeared to be back to normal.