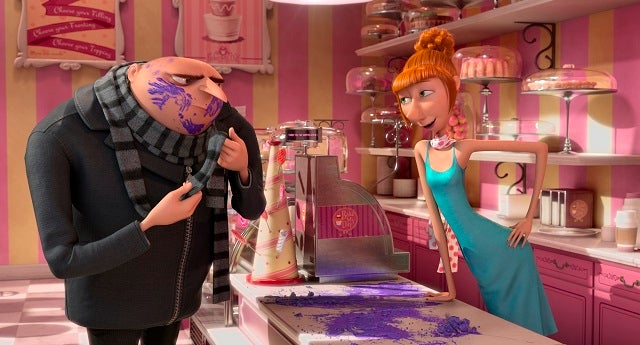 The minions of "Despicable Me 2" got the jump on the "The Lone Ranger" as the July 4 weekend box office chase began, taking in $4.7 million in Tuesday night shows while Disney's action Western brought in $2 million.

Both films open nationwide Wednesday, with "Despicable Me 2" in roughly 4,000 theaters and "The Lone Ranger" in 3.904. The concert film "Kevin Hart: Let Me Explain" from Summit grossed an estimated $1.1 million from just 876 locations in midnight shows ahead of its Wednesday debut.

Also read: ‘Despicable Me 2’ Reviews: Not as Good as the First, But Plenty Sweet

Universal’s animated sequel is projected to take in more than $100 million over the five days. Disney's $225 million adaptation of the classic radio and TV show, with Armie Hammer as the title character and Johnny Depp as Tonto, is expected by most analysts to land in the $70 million range.

"Despicable Me" began screening in 2,563 theaters starting at 7 p.m. Tuesday. By comparison, the recently released "Monsters University" took in $3 million at late shows which began at 8 p.m. the Thursday before it opened.

Online ticket broker Fandango reported that as of 10 a.m. ET, "Despicable Me 2” was taking in 71 percent the day's ticket sales.