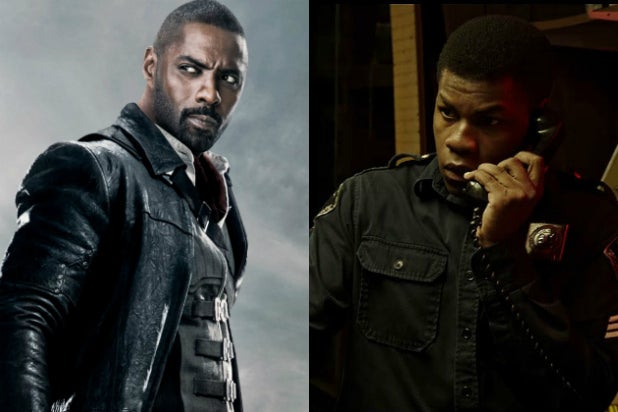 Last year, the August box office kicked off with “Suicide Squad,” which threw down the gauntlet with a $133 million opening. But this year, the final weeks of the summer are expected to be much quieter — with no tentpoles in sight. Instead, a group of smaller, mid-budget releases will try to make a surprise splash, while Annapurna will make its big debut as a distributor with Kathryn Bigelow and Mark Boal’s Oscar contender, “Detroit.”

In a season known for crowd-pleasing popcorn flicks, “Detroit” is anything but. The film stars “Star Wars” newcomer John Boyega as Melvin Dismukes, a security guard who tried — and failed — to play peacemaker when police and the National Guard stormed the Algiers Motel in 1967 and savagely beat several black suspects during an interrogation to find a suspected sniper during a riot in Detroit.

The film made $350,000 this past weekend from 20 screens in limited release, and independent trackers currently have the film making a $10-13 million opening from 2,800+ screens against a reported $30 million budget. While a result in that range wouldn’t exactly be an explosive start for Annapurna, “Detroit” should have other chances to turn a profit in the winter from home release and possible theatric re-release  should it become a major Oscar contender, something Annapurna is hoping to achieve with this release slot outside of awards season.

“Detroit” also stars Anthony Mackie, Will Poulter, Jacob Latimore, Algee Smith, Jason Mitchell, and John Krasinski. The film was directed by Bigelow and written by Boal, who both produced with Annapurna founder Megan Ellison, Matthew Budman and Colin Wilson. The film has received a 95 percent rating on Rotten Tomatoes.

Also releasing this week is Columbia/MRC’s “The Dark Tower,” which stars Idris Elba and Matthew McConaughey in an adaptation of Stephen King’s fantasy series. Tracking is somewhat scattered on this film, though averages to a projected opening in the low $20 million range from 3,450 screens against a reported $60 million budget. With that lower budget, there’s less pressure on the film to become a breakout hit, though a strong result could serve as a springboard for MRC’s planned “Dark Tower” TV series, which will also star Elba and is currently in early development. Sony is setting their projections at $19 million.

“The Dark Tower” is directed by Nikolaj Arcel, who co-wrote the screenplay with Akiva Goldsman, Jeff Pinker, and Anders Thomas Jensen. Producers are Goldsman, Brian Grazer, Ron Howard, and Stephen King. The film does not currently have a score on Rotten Tomatoes.

Emerging from the bankruptcy of Relativity Media is “Kidnap,” a thriller starring Halle Berry as a mother who goes searching for her son after he goes missing. The film was originally meant to be released in October 2015, but had its release repeatedly pushed back due to the studio’s financial struggles. Finally, in 2017, Relativity lost the rights to the film, and it will now be distributed by new studio Aviron Pictures. Projections have the film making an opening between $7-9 million. It is directed by Luis Prieto from a script by Knate Lee and currently does not have an RT score.

Finally, there’s the documentary “An Inconvenient Sequel: Truth to Power” from Paramount Pictures and Participant Media. The follow-up documentary to Al Gore’s Oscar-winning doc “An Inconvenient Truth,” grossed $125,000 from four screens in Los Angeles and New York this past weekend and will expand to 180 screens this weekend. Directed by Bonni Cohen and Jon Shenk, the film premiered at this year’s Sundance and received a new cut following Donald Trump’s announcement that the U.S. would withdraw from the Paris Climate Agreement. Produced by Jeff Skoll, Richard Berge and Diane Weyermann, the film has a 76 percent rating on Rotten Tomatoes.

Don’t worry, your superhero fix doesn’t have to stop at the movie theater

It's that time of month again: Time to freshen up your Netflix watch lists with a slew of new content. As usual, there are plenty of new Netflix Originals -- both movies and series -- along with some old favorites. Scroll all the way through to the end to catch a few beloved movies you may want to catch before they leave the streaming platform.