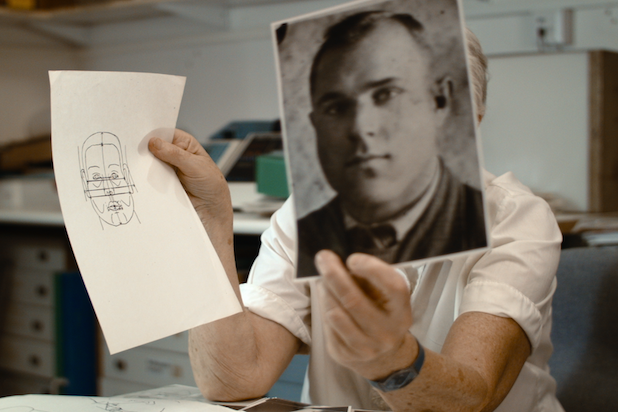 Netflix says it will update “The Devil Next Door” following multiple complaints, including one from the Polish prime minster, about inaccuracies in the docuseries, which focuses on the trial of John Demjanjuk, a man who was accused of being the Ukrainian concentration camp guard  “Ivan the Terrible.”

Polish premier Mateusz Morawiecki wrote a letter to Netflix CEO Reed Hastings last Sunday which cited several complaints about the docuseries, the main one being that the maps featured in the series showed Nazi concentration camps, including Auschwitz, lying within the borders of modern-day Poland.

“Not only is the map incorrect, but it deceives viewers into believing that Poland was responsible for establishing and maintaining these camps, and for committing the crimes therein,” Morawiecki wrote. “As my country did not even exist at that time as an independent state, and millions of Poles were murdered at these sites, this element of ‘The Devil Next Door’ is nothing short of rewriting history.”

Also Read: 'The Witcher' Gets Early Season 2 Renewal at Netflix

On Thursday, the streaming service said it will add text to some of the maps featured in the docuseries to make “clearer” the location of those Nazi concentration camps. The change will be made globally, but could take a few days, during which time the original version will still be available.

“We are hugely proud of ‘The Devil Next Door’ and stand by its filmmakers, their research and their work,” a Netflix spokesperson said in a statement to TheWrap. “In order to provide more information to our members about the important issues raised in this documentary and to avoid any misunderstanding, in the coming days we will be adding text to some of the maps featured in the series. This will make it clearer that the extermination and concentration camps in Poland were built and operated by the German Nazi regime who invaded the country and occupied it from 1939-1945.”

An individual with knowledge of the situation tells TheWrap that the maps featured in “The Devil Next Door” were used in U.S. and Israeli TV coverage during Demjanjuk’s trial in the 1980s and were intended to “portray the countries at that time” and are not considered by Netflix to be inaccurate.

The insider also told TheWrap the text additions are not a direct result of Morawiecki’s complaint, but because Netflix has “heard” its members and understands the maps can be “misunderstood” when taken out of context, as they were when screen shots were circulated on social media.

“The Devil Next Door” hails from One Man Show and Submarine Deluxe Production in association with Yes Studios. Yossi Bloch and Daniel Sivan produced and directed the series.

Here is the description of “The Devil Next Door,” courtesy of Netflix:

“The Devil Next Door” is the true story of John Demjanjuk, a retired Ukrainian-American autoworker living a peaceful life with his family in Cleveland, Ohio suburbs in the 1980s. When a group of Holocaust survivors identify Demjanjuk’s photograph as “Ivan the Terrible” – a notoriously cruel Nazi death camp guard who tortured and killed nearly one million Jewish prisoners during World War II – Demjanjuk’s American dream is shattered and he is extradited to Israel to stand trial for crimes against humanity. Israel is transfixed as a media frenzy erupts around the trial in Jerusalem, the nation plunged into trauma and fascination by “the trial of the century.” As the case uncovers dark corners of memory and the horrors of war, the Demjanjuk case becomes a race against time for the defendant and his alleged victims.

Variety first reported the news that Netflix would amend “The Devil Next Door.”