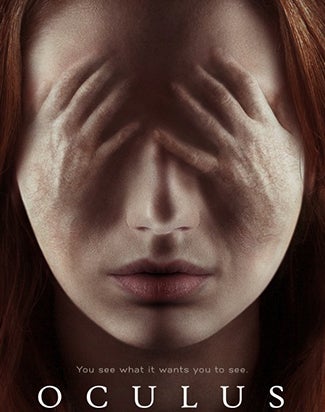 Lionsgate’s “The Quiet Ones” opened to $4 million this weekend, matching “Vampire Academy” for the worst wide debut of the year.

Maybe it shouldn’t have been a surprise, since movies dealing with the supernatural have been anything but super so far in 2014. Typically low-budget, horror movies offer the potential of a high return, but that hasn’t happened this year — and that’s surprising, because 2013 was a great one for the genre.

At this time last year, three horror movies had opened at No. 1: the Guillermo del Toro-produced “Mama” ($28 million), Fede Alvarez’s “Evil Dead” ($27 million) and “Texas Chainsaw 3D” ($21 million). And Blumhouse Productions hits “Insidious: Chapter 2,” “The Purge” and “The Conjuring” were on the way.

Horror movies are often profitable but rarely turn into blockbusters, which is why the $318 million worldwide that New Line’s “The Conjuring” wracked up was so impressive.

Compare that with this year’s films.

Relativity Media’s “Oculus” has been the best of the batch so far. Written and directed by Mike Flanagan, the tale of a woman (Karen Gillan of TV’s “Doctor Who”) tormented by spirits within an antique mirror opened at No. 3 with $12 million. It fell out of the top ten in two weeks however, and may not hit $30 million. Still, with a $5 million production budget, that’s the sort of return on investment horror meisters generally have in mind.

In addition to the misfire of the “The Quiet Ones,” Fox’s “Devil’s Due” debuted in January with $8 million and hasn’t cleared $16 million. Paramount’s “Paranormal Activity: The Marked Ones” opened at No. 2 with $18 million, but it’s by far the weakest entry in that franchise’s history.

It’s tricky judging the quality of horror, even for genre fans, who rarely award CinemaScores above a “C” — no matter how popular the movie is.

“I don’t think it’s the quality of the films,” said BoxOffice.com Vice President and Senior Analyst Phil Contrino. “‘Oculus’ was quite well reviewed, for example. But the genre tends to produce a wave of hits, which are then imitated. I think we’re due for some fresh blood, but I also think that this is a temporary lull, because there’s plenty on the horizon.”

There is still more than half the year left, so it’s not over. And summer, more typically the season for superheroes rather than bumps in the night, has some potential to reverse the trend.

The next horror film scheduled for wide release is the Jerry Bruckheimer-produced “Deliver Us From Evil,” written and directed by Scott Derrickson (“Sinister”) and starring Eric Bana and Olivia Munn. Sony will open that on July 2.

Universal will roll out its sequel “The Purge: Anarchy” on July 18. It’s written and directed by James DeMonaco, the man behind the $3 million original, which stunned with a $34 million debut last summer. Lionsgate has the horror-thriller “Jessabelle” set for Aug. 29, and Open Road will roll out Eli Roth’s “The Green Inferno” on Sept. 5.

In the fall, things get interesting — and crowded.

Warner Bros. and New Line have reserved Oct. 3 for the release of an untitled horror project, thought to be “Crawlspace,” starring Michael Vartan of TV’s “Bates Motel.”

Universal’s “Dracula Untold,” set for Oct.17, will draw the most attention. That’s in part because of its $100 million budget and the pedigree of its producers — Legendary Pictures Chairman Thomas Tull and Sony’s Mike DeLuca. The long-gestating thriller — it’s been in development since 2007 — stars Luke Evans as the seminal bloodsucker.

The following week its “Ouija,” also from Universal, and Paramount’s “Paranormal Activity 5.”

That’s a lot of creepy stuff arriving just before Halloween; whether it’s too much, we’ll find out then.

In any case, it’ll be far different from last year, when “Carrie” was the only wide horror release in the market for the holiday. The remake of Brian DePalma’s 1976 classic, which starred Chloë Grace Moretz, underwhelmed at the box office — making just $35 million over the course of its run.