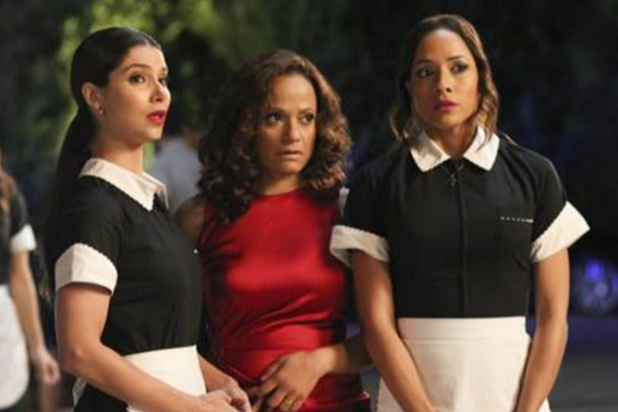 “Devious Maids” cleaned up in the ratings with its Season 2 premiere on Sunday.

The Lifetime series from “Desperate Housewives” creator Marc Cherry enjoyed a decent ratings bump in the 18-49 demographic, climbing 15 percent over the series premiere with 951,000 viewers in the demo.

In total viewers, the “Maids” premiere drew even with the series premiere, drawing 2 million viewers.

The season premiere didn’t fare as well compared to the Season 1 finale, which drew 3 million total viewers and 1.4 million viewers 18-49.  However, the series, which stars Ana Ortiz, Roselyn Sanchez and others, grew significantly from its premiere last season. It is likely to experience similar growth with its current season.