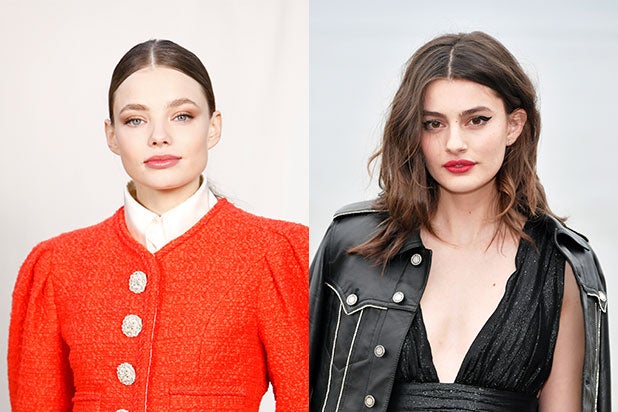 Diana Silvers (“Booksmart”) and Kristine Froseth (“Sierra Burgess Is a Loser”) will star in the ballet drama “Birds of Paradise” by writer and director Sarah Adina Smith (“Buster’s Mal Heart”).

Amazon Studios and Anonymous Content have started principal photography on the feature, which is currently shooting in Budapest. Anonymous Content’s Trevor Adley and Dara Gordon are producing alongside Jonako Donley at Everything Is Everything.

“Birds of Paradise” is based on the novel “Bright Burning Stars” from A.K. Small, and is set in a prestigious ballet school in Paris, where a new girl (Silvers) befriends a grieving prodigy (Froseth). The dancers must compete for the school’s biggest prize, to receive a contract to join the Parisian Opera’s ballet company.

Also Read: Sam Claflin to Star Opposite Riley Keough in 'Daisy Jones & the Six' at Amazon

“Sarah is a talented, visionary filmmaker who we’re so happy is part of the Amazon family, and we can’t wait to bring her next story to life with ‘Birds of Paradise,'” Julie Rapaport, Co-head of Movies at Amazon Studios, said. “We’re also thrilled to be working with stars Diana Silvers and Kristine Froseth who are both on the path to becoming the next household names with their undeniable talents.”

Smith added, “I wrote these roles specifically for Kristine Froseth and Diana Silvers, who I believe are going to take the world by storm. I’m honored to take this journey with them and so thrilled to be partnering with Amazon Studios once again in pursuit of bold, unapologetic filmmaking.”

Smith’s credits including the pilot and second episode of “Hanna” for Amazon, as well as the first episode of Hulu’s “Looking for Alaska,” in which Froseth starred. Her other credits include “The Midnight Swim,” “Room 104” and “Legion.”