Diane Keaton is saluting some of her favorite leading men through song, some she probably shouldn’t have.

Keaton posted an odd video Thursday to her Instagram titled, “Good Men,” in which she sings a rendition of Rosemary Clooney’s “You’ll Never Know” over a slideshow of black and white photos of some of the most prolific actors of the last 50 years.

“And that’s the truth,” Keaton said at the end, cutting off her own singing. “These are the best men, the most wonderful actors I’ve worked with. And there’s more.”

The pair worked together on the poorly received 1984 drama, “Mrs. Soffel,” in which Keaton plays a warden’s wife that falls for Gibson’s convict character and helps him escape from jail at the turn of the century.

The actor-director’s track record of antisemetic remarks dates back decades, with Winona Ryder making headlines as recent as last year after sharing an encounter with Gibson from 1996 in which he allegedly referred to her as a Jewish “oven dodger.” 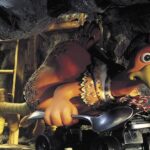 Gibson has continued to work behind the camera despite his reputation, albeit less steadily than in his 1980s and ’90s heyday. His 2016 film “Hacksaw Ridge” was an awards contender, and he is supposedly working on a reboot of Sam Peckinpah’s classic “The Wild Bunch,” although little has been said about the project since it was announced in 2018.

Gibson was booted from his voice acting role in the “Chicken Run” sequel last summer, though, not long after Ryder’s story hit media.

Amid the sea of “Not Mel” replies on Keaton’s post, many commenters pointed out some of the glaring omissions from the list, namely, Al Pacino, Robert De Niro and Tom Hanks. Keaton did say “there’s more,” though, which could account for those up-and-comers slipping her mind. 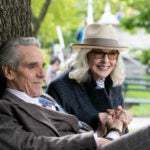