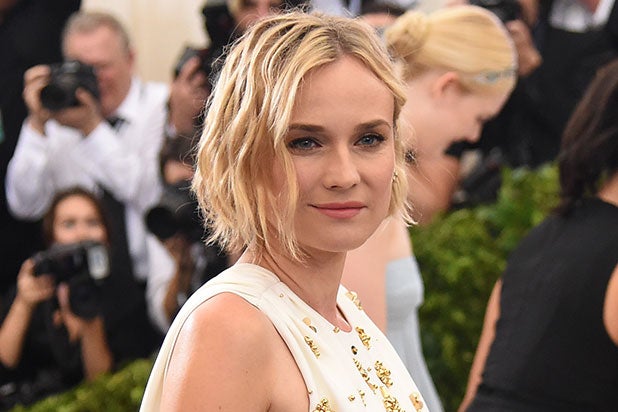 Diane Kruger, the “Inglourious Basterds” and “In the Fade” star, has joined the cast of Simon Kinberg’s spy thriller “355,” an individual with knowledge of the project told TheWrap.

“355” is a spy thriller about a group of women each from international agencies across the world who have to band together to stop a global threat. Their faction is codenamed 355, and the team is named after the first female spy in the American Revolution.

The project was a hot sales title at Cannes in 2018, and Universal acquired the U.S. distribution rights. Kinberg, whose film “Dark Phoenix” is opening this weekend, is directing from a script by Theresa Rebeck. Chastain and Kelly Carmichael will produce via their Freckle Films alongside Kinberg’s Kinberg Genre.

Kruger most recently starred in “The Operative,” which premiered at this year’s Berlin Film Festival. She also won an award at Cannes for Best Actress for her work in the drama “In The Fade,” a prize that was selected when both Chastain and Bingbing were on the Cannes jury in 2017.