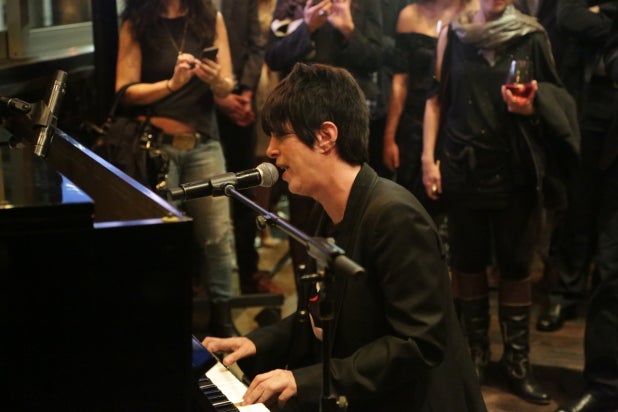 Songwriter Diane Warren will be honored by the American Society of Composers, Artists and Publishers (ASCAP) at its 34th annual Pop Music Awards, where she will receive the organization’s Founders Award.

“Diane Warren is one of the most continuously prolific and successful contemporary songwriters of our time,” said ASCAP President Paul Williams.

“Her music evokes universal emotions that connect us in a way few songwriters can. Diane’s ability to channel our common experience through her songs has captured audiences all over the world.”

Warren has written songs for some of the biggest musical acts of the past 40 years, including Aretha Franklin, Aerosmith, *NSYNC, Mary J. Blige, and Kelly Clarkson.

Her song credits include Aerosmith’s “I Don’t Want to Miss a Thing” and Lady Gaga’s “Til It Happens To You,” which appeared in the documentary “The Hunting Ground” and became the first song to be nominated for a Grammy, Emmy, and Academy Award.

“I am honored to be receiving the Founders Award and to be among the names of songwriters whom I admire and respect so much,” Warren said in a statement. “I am grateful for the success I have had with my songs but to be honest, I feel like my career is just beginning.”

The Pop Music Awards takes place on May 18 at the Wiltern in Los Angeles.