In an unexpected move, Dick Cook, chairman of the Walt Disney Studios since 2002 and an executive at the company for 38 years, is stepping down, the studio announced late on Friday.

He gave no reason other than to say he felt it was time to "move on to new adventures." 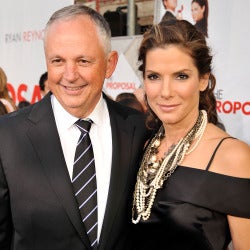 But executives familiar with the situation said that Disney President and CEO Bob Iger felt that Cook was too mired in the studio’s traditional ways, and had green-lighted movies that were too backward-looking or out of step in their tone, including the remake of "Race to Witch Mountain" and "Confessions of a Shopaholic."

But one executive knowledgeable about Disney’s strategy said that the studio was looking for a different mind set, and a more innovative approach in an entertainment media landscape that is undergoing vast transformation.

It was not immediately clear who would be stepping into Cook’s powerful position.

Insiders suggested it would not be Oren Aviv, president of the Buena Vista Motion Picture Group.

Other insiders speculated about the rising profile of John Lasseter, who has risen to the role of chief creative officer for Pixar and Walt Disney Animation.

Although Disney had a strong summer with hits like "Up" – shepherded by Lasseter – the studio is still only fifth in market share among the major studios for the year.

"G-Force" brought in a boatload at the box office, but reportedly cost as much as $170 million to make.

In February, the "Jonas Brothers 3-D Concert Experience" brought in a dismal $23 million worldwide. Meanwhile, Valentine’s Day sweetheart Isla Fisher failed to bring in big bucks at the box office with the romantic comedy "Confessions of a Shopaholic," which made $44 million stateside and $64 million abroad.

That was followed by a remake of "Race to Witch Mountain" in March, which made $67 million in the U.S. and a scant $39 million abroad.

And though it was a hit overseas, Japanese director Hayao Miyazaki’s "Ponyo," released in August in the states, has only banked $14 million domestically.

Cook began his career with Disney in 1971 as a monorail and amusement park ride operator. He moved to Disney studios in Burbank in 1977 to manage pay television and non-theatrical releases.

In 1980, he moved to the company’s film distribution department, eventually heading both its distribution and marketing efforts. He earned a reputation there by his marketing of Disney’s  home video collectio.

In 2002 Eisner named him to replace Peter Schneider as chairman of the studios. Cook was known for his close relationship with Jerry Bruckheimer, the powerhouse behind the blockbuster "Pirates" franchise.

Recently, however, Disney has scaled back the number of movies it produces and releases. Cook has talked about focusing more single-mindedly on family-oriented movies that he called consistent with the Disney brand.

Here is the full news release and Cook statement:

"I am stepping down from my role as chairman of The Walt Disney Studios, effective immediately. I have loved every minute of my 38 years that I have worked at Disney…from the beginning as a ride operator on Disneyland’s steam train and monorail to my position as chairman of The Walt Disney Studios.  To wrap up my Disney experience in a neatly bundled statement is close to impossible.  But what I will say is, during my time at the Studio, we have achieved many industry and Company milestones.  Our talent roster is simply the best in the business.  I believe our slate of upcoming motion pictures is the best in our history. But most of all, I love the people, my colleagues, my teammates, who are the most talented, dedicated and loyal folks in the world.  I know that I leave the Studio in their exceptional hands.

I have been contemplating this for some time now and feel it’s the right time for me to move on to new adventures…and in the words of one of my baseball heroes, Yogi Berra, “If you come to a fork in the road, take it.”

STATEMENT FROM ROBERT A. IGER

“Throughout his distinguished 38-year Disney career, Dick Cook’s outstanding creative instincts and incomparable showmanship have truly enriched this company and significantly impacted Disney’s great legacy,” said Disney CEO Bob Iger.  “We thank Dick for his tremendous passion for Disney, and his many accomplishments and contributions to The Walt Disney Studios, including a very promising upcoming film slate.  On behalf of everyone at Disney, we wish him the best with all the future has to offer.”