A leaked call sheet for Sony’s “Spider-Man: Homecoming” seems to confirm that Bokeem Woodbine will be playing Herman Schultz a.k.a. The Shocker, TheWrap has learned.

The Shocker is a supervillain associated with “The Sinister Six” and “The Masters of Evil” who wore a special suit with Vibro-shock gauntlets that made him a formidable foe for Peter Parker.

In addition, the call sheet posted to Reddit and listing 30 actors and characters suggests that Kenneth Choi will portray Principal Morita. In the Marvel universe, that would mean the actor would be playing the grandson of the character he played in the WWII-era “Captain America: The First Avenger,” a Howling Commando named Jim Morita.

As the Marvel slogan says, “It’s All Connected.” Indeed it is.

Since Michael Keaton‘s The Vulture has already been announced as a villain in the film, it looks like the studio might be setting up a possible collection of bad guys for the film a la “The Sinister Six” — which had once been in development as its own movie.

The studio had previously announced that Woodbine, perhaps best known for his work on the first season of FX’s “Fargo,” would be playing an unnamed villain in director Jon Watts’ reboot of the Marvel superhero movie.

Representatives for Sony declined to comment on the call sheet, depicted below: 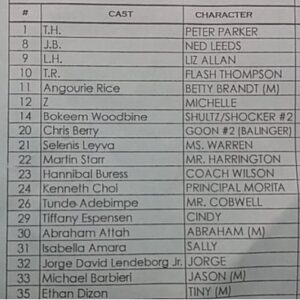 The new movie, starring Tom Holland as Peter Parker/Spider-Man, is currently in production in Atlanta.

“Spiderman: Homecoming” will be released in theaters on July 7, 2017. 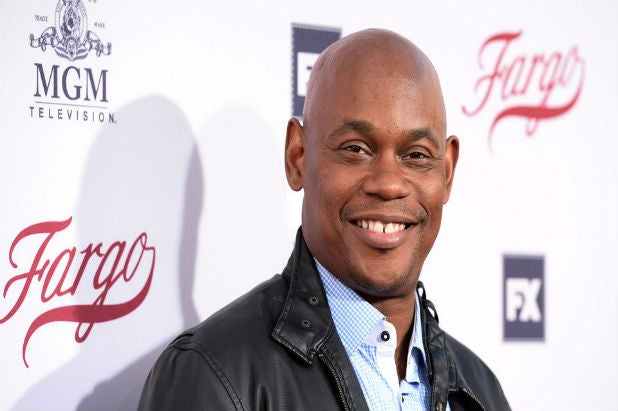