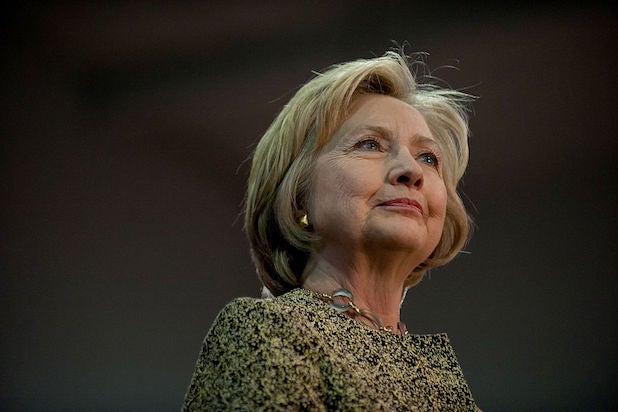 Here’s a brilliant idea: Don’t want reporters to hear what you’re telling donors with deep pockets? Just blast them with a white noise machine while you talk. Problem solved.

That’s what apparently Hillary Clinton’s campaign is accused of doing as she spoke at a fundraiser in Denver, Colorado, on Thursday. As the former secretary of state took to the mic, her team allegedly turned on a static noise device to prevent journalists outside from being able to hear her.

Only one wrinkle in that plan. It seems those sneaky reporters came prepared with a special recording device that allows you to, well, record. Who knew?

Here's what it sounds like with that static noise machine turned off at the @HillaryClinton campaign fundraiser pic.twitter.com/keyuXwQad2

.@cascamike listen here for sound of what was turned on after the bands and just before the speeches. pic.twitter.com/GhSE15NDeN

Let’s face it, nothing says, “trust” like a special device hauled in to a fundraiser ahead of a presidential candidate’s speech.

One has to wonder what exactly was said that needed that kind of unusual preparation.

We tried to find out but Clinton’s campaign did not immediately respond to TheWrap’s request for comment.

This isn’t the first time Clinton’s team has been accused of exercising poor judgment when it comes to reporters on the campaign trail.

Clinton’s campaign came under fire last year after reporters were corralled behind a moving rope line as the former secretary of state marched in an Independence Day parade in New Hampshire.