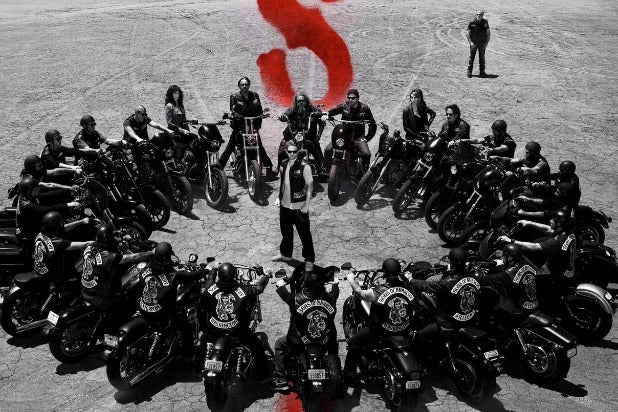 “Sons of Anarchy” delivered its take Tuesday on one of the most horrible crimes of our time, the school shooting. It seemed to come out of nowhere.

The Season 6 premiere provided occasional glimpses into the life of a boy in a private school uniform. We see his mother asleep, out cold. At one point he catches the interest of SAMCRO’s leader, Jax. And then he walks into a school building and starts shooting. We don’t see the shooting, only see flashes and hear screams.

“Sons” creator Kurt Sutter has asked critics and reporters not to spoil the surprise, which may be one reason there’s been so little of the usual handwringing about whether the shooting was portrayed responsibly. Probably the handwringing will start now.

My initial problem with the school shooting was the writing. Where was the setup? What was the point? It doesn’t have to have a moral, and shows aren’t obligated to teach us anything. But we do deserve a cogent story, with setups and payoffs that make sense. Because the shooting seemed to have nothing to do with the rest of the episode, it ran the risk of being shocking for the sake of being shocking.

Maybe “Sons” did set up the shooting. Sutter was asked at a Television Critics Association panel over the summer if the implication is that SAMCRO sold the gun the kid used.

He also said the show may have a moral after all.

“Nothing is done gratuitously, that the events that happen in the premiere are really the catalyst for the third act of this morality play we’re doing,” he said.

Can the show manage to justify its big opening? We’ll have to see. It definitely has our attention.