On the day when the President of the United States was scheduled to make the most important announcement of his administration, the Great American Living Room has been obsessed, instead, by news that Tiger Woods had an affair with a woman who was not only not his wife, but wasn’t Rachel Uchitel. 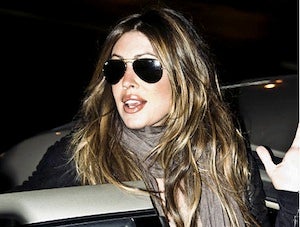 The big difference between the two alleged mistresses is that while Uchitel (at right), a New York “party planner,” has adamantly denied having an affair with the golfing great (and has, apparently as a precaution, lawyered up with L.A. attorney Gloria Allred), the improbable Jaimee Grubbs, a former cocktail waitress — and, as everyone involved in this sort of thing seems to be these days, reality TV show participant — has rushed forward to soul-hug notoriety by blabbing to the celebrity obsessed media.

“Come back to Usmagazine.com Wednesday morning,” crowed US’s Web site, “to listen to a Nov. 24 voicemail Woods left Grubbs in which he suggests his wife might suspect he is having an affair.” Grubbs apparently told US that she had a 31-month affair with Woods, beginning when she was 21, and is providing the magazine with salacious text messages exchanged between the two.

News of Woods’ alleged extramarital affairs has unfolded against a backdrop of rumors that the pro’s November 27 car crash involved some violent outburst by his wife, Elin Nordegren, who, as the theory goes, was teed off to learn about Woods’ infidelity. 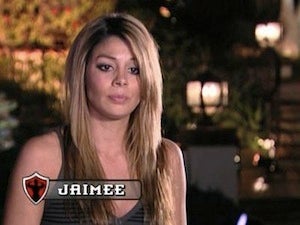 In the face of Uchitel’s vehement denials, the news media, predictably, have treated the news of a second mistress like the Second Coming. While the story appeared to be losing the Hamptons socialite with the model looks, it gained a gritty, blue-collar blonde (left) who was once on VH1’s “Tool Academy,” a show on which misbehaving boyfriends are sent to a boot camp for oafs in order to shape up.

Reality TV, in fact, has become a kind of finishing school for scandal. By now anyone not connected to an iron lung knows that Washington socialites Tareq and Michaele Salahi, the couple accused of crashing a recent White House state dinner, had been angling to get themselves on “Real Housewives of DC,” and that Balloon Boy dad Richard Heene was likewise aiming to put his family on a reality show when he launched the news report that his son was adrift inside a hot-air balloon.

If the stories spread by her fellow “Tool Academy” contestants are true, Grubbs may well be the first person to graduate from reality TV into a major, A-list scandal, instead of the other way around.

The startling thing about Woods’ alleged affair(s) is not that he cheated on his wife – infidelity is as old as the first wedding. What is astonishing is that anyone like Woods would imagine he could keep it secret and, more disturbingly, that someone like Scrubbs acts as though it’s their civic duty to turn over their text messages to the celebrity media and to publicly inventory the number of times she had sex with Woods.

Of course, if there weren’t a ravenous public appetite for Rachels and Jaimees, they wouldn’t exist. As President Obama made his announcement about troop deployments to Afghanistan, Google links for the search term “‘Jaimee Grubbs’” were multiplying geometrically – less than one-third as many as “Obama ‘Afghanistan speech’” but catching up fast. “Sorry, folks,” read a message from VegasNews.com, “we’ve got too many people trying to view our Jaimee Grubbs photos so to avoid crashing our server we’re going offline until later today when things calm down a bit.”

As Grubbs moans to her philandering boyfriend, Shawn on “Tool Academy,” “When is it ever going to be enough?”