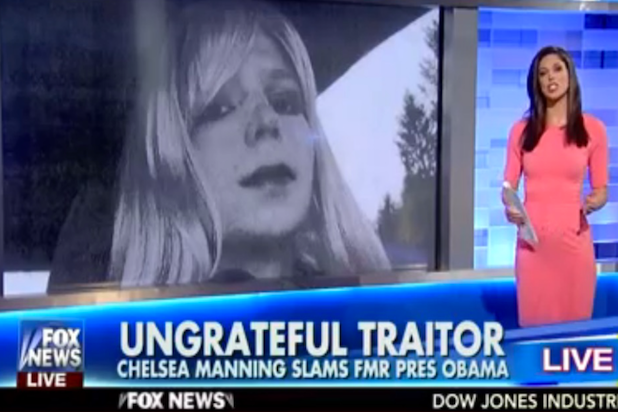 Manning had her sentence commuted by Barack Obama in his final days in the White House. And on Wednesday, Manning published an op-ed in The Guardian that argued Obama had “few permanent accomplishments.”

At 5:50 a.m. ET, Huntsman reported on the op-ed with the following comment: “Chelsea Manning is sounding less than grateful to President Obama for cutting nearly twenty-five years off of her sentence for leaking unclassified information.”

Ungrateful TRAITOR Chelsea Manning, who should never have been released from prison, is now calling President Obama a weak leader. Terrible!

The tweet and Huntsman’s report are obviously quite similar and Axios recently reported that the president consumes a ton of news, specifically mentioning Fox News morning show “Fox & Friends.”

“Aides talk of giving him ‘better choices’ or jamming his schedule with meetings to keep him away from reading about or watching himself on TV,” Axios’ Mike Allen and Jim VandeHei wrote when detailing Trump’s media diet.

Media watchdogs were quick to point out the similarities:

Trump went after Chelsea Manning minutes after Fox News did a segment about her: https://t.co/3D9IytSUsS