Did you buy your friends and family top-notch holiday presents, thanks to bitcoin? I did.

It was easily the most giving Christmas of my life: Fancy perfumes, Lakers tickets, countless toys. Nothing’s too good for your loved ones when you’re a bitcoin tycoon.

When I was buying gifts midway through December, the bitcoin bandwagon was humming on all cylinders. The OG cryptocurrency had blitzed from sub-$1,000 per coin at the beginning of 2017 to more than $19,000. With futures (contracts allowing Wall Street-types to bet on the price) launching, daily coverage on CNBC, and major exchanges adding hundreds of thousands of trading accounts, it looked like the crypto-revolution was in full effect.

For me, checking bitcoin’s price became a natural reflex, almost like blinking. Each peek would hit me with a little dopamine jolt. Friends started to find my “check btc” texts unbearable. I’d even let out occasional celebratory yelps. The best way I can describe that ecstasy is: It’s not better than the best sex I’ve ever had, but it’s certainly better than a lot of sex I’ve had. And the feeling stretched across hours. Who wouldn’t sign up for that?

It wasn’t just because I was making money, either. It was vindication. Bitcoin had been on my radar since 2014, and I’d started to throw a fair amount of my savings into it earlier in 2017. I believe the blockchain — bitcoin’s underlying decentralized ledger, where all transactions are validated by its network of users — is a game-changing technology. And the ability to quickly and relatively cheaply send large amounts of money across borders is a major advantage.

Any faint remnants of my Catholic upbringing had been replaced. Satoshi Nakamoto, bitcoin’s mysterious founder (or founders), was now my messiah. Others were joining my new religion, too.

Never mind that I hadn’t taken a cent of my on-paper profits off the table to pay for these gifts. As someone who has made some absolutely mind-numbing investment blunders in the last decade, you’d think I’d have known better. But I was too busy strutting around Los Angeles like that cocky Pete Carroll GIF.

Rational thinking was for the birds. I wasn’t one of those annoying bitcoin millionaire guys, flaunting his newfound charmed life on Instagram. I wasn’t even close to being a millionaire. Still, when you’re a writer in his 20s carrying a crippling amount of student loan debt (fight on, USC), the sudden change in fortune was mentally alleviating. A debt-free life wasn’t a fleeting dream, or the result of marrying into a rich family. It was now on the horizon.

And then, inevitably, came the crash.

After grazing $20,000 per coin in December, bitcoin has cratered roughly 50 percent. There are a myriad of reasons: fear over governmental crackdowns, the emergence of bootleg imposters, and futures contracts betting the price will go down, to name a few. Just yesterday, Facebook banned cryptocurrency ads, looking to weed out “misleading or deceptive promotional practices.” And you can’t forget Paul Krugman’s seemingly bi-weekly crypto-critical column. It all bakes into market sentiment. If newcomers — who bought in at $17,000 during the December run-up —  panic and decide to sell at a loss, it pushes the price down. It’s as simple as that.

Since then, the pep in my step has been replaced with a limp. Bitcoin is notorious for rapid drops — and leaps — in price, and I’ve already weathered several corrections before. But this one has been the most gut-wrenching. The euphoria that came with habitually checking bitcoin’s price has now been replaced with headaches and expletives. Simply seeing the words “tulip bulbs,” “bubble,” and “Ponzi scheme” makes my blood boil. The same friends who asked me if it was too late to “get into” bitcoin in December are now pestering me, asking if it’s time to jump ship. 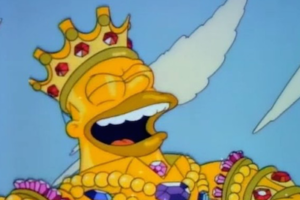 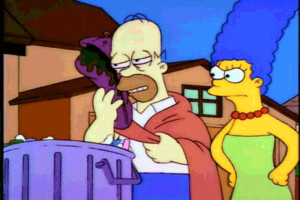 And yet, this massive dip — despite the month-long migraine it has induced — has done little to curb my bitcoin enthusiasm. If anything, I’m as bullish as ever. In crypto-parlance, I’m “hodling” (an intentional misspelling of “hold,” as in holding my investment). This is where you say I’m stupid. And you’re probably right.

But this isn’t a technology that is going away anytime soon. More than 1 million people have already signed up to trade bitcoin and other cryptocurrencies on Robinhood’s trading app. Coinbase, the biggest U.S. exchange, has more accounts than Charles Schwab. From a tech perspective, advancements like Lightning Network and SegWit are gaining traction. Samsung is making chips to “mine” bitcoin — allowing users to verify blockchain transactions and be rewarded with bitcoin. Wall Street is joining the party. And international demand, from Japan to Korea to Venezuela, remains high.

My faith in my new religion has been tested in the last month… and I’m still sticking around. I’ll just be eating lots of ramen in the meantime.