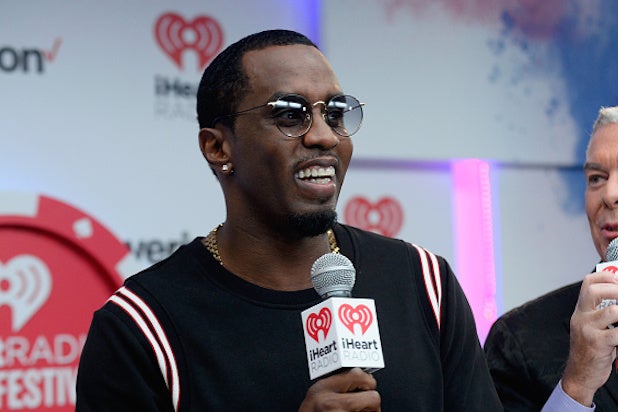 Music mogul Sean “Diddy” Combs said he wants to buy the up-for-sale Carolina Panthers in a series of social media posts Sunday. Additionally, Combs added he was interested in signing the league’s most controversial free agent — Colin Kaepernick — and give Cam Newton competition for starting quarterback if were to buy the NFL franchise.

“I would like to by the @Panthers. Spread the word. Retweet!.” he said in a tweet Sunday. “There are no majority African American NFL owners. Let’s make history.

I would like to buy the @Panthers. Spread the word. Retweet!

In an Instagram video, Diddy sounded more like a political candidate when he said Kaepernick would be “in the running” for starting quarterback. The ex-49ers quarterback has been unable to land a roster spot after igniting the controversial “take a knee” movement to protest police violence.

“North Carolina Panthers are up for sale. I believe it’s time to turn the franchise over to new ownership. I need to send a message out to everybody in the beautiful state of North Carolina, I would be the best NFL owner that you can imagine,” he said.  “I will immediately address the Colin Kaepernick situation and put him in the running for next year’s starting quarterback. It’s just competition baby, just competition.”

.@diddy wants to buy the Panthers & is already making guarantees if he were to become the new owner ??”???’? pic.twitter.com/UYNtSJdJ32

Combs also promised to bring a Super Bowl title to Charlotte if he purchased the team.

Current Panthers owner Jerry Richardson said he was putting the team up for sale after being accused of sexual misconduct allegations in the workplace.

“I believe it is time to turn the franchise over to new ownership. Therefore, I will put the team up for sale at the conclusion of the NFL season,” said Richardson in an open letter on Sunday.