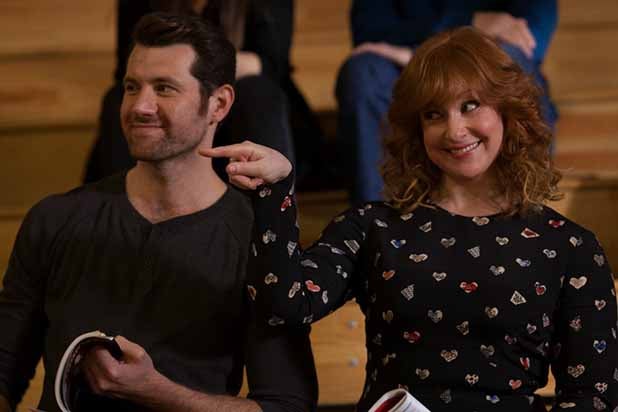 The series centers on Julie Kessler (Klausner) and Billy Epstein (Eichner), two struggling comedians who seemingly dislike everyone they encounter except for each other. Andrea Martin, Cole Escola and James Urbaniak round out the cast.

Executive producers for the Universal Cable Productions project include Klausner and Amy Poehler, along with 3 Arts’ Dave Becky.

Becky apologized Monday for how he initially responded to accusations of sexual misconduct against Louis C.K., whom Becky dropped as a client last week after a blistering New York Times exposé about the comedian.

This is a time of transition for Hulu’s comedy slate, as the platform recently announced that “Casual” is ending after Season 4, while the series finale for “The Mindy Project” was released today.

10 Hulu Originals You Should Be Watching, From 'The Path' to 'Handmaid's Tale' (Photos)