TheWrap, the leading digital news organization covering the business of entertainment and media, is pleased to announce the addition of several new executive positions as part of the company’s next stage of growth.

Alan Citron, a respected veteran of digital media, joins TheWrap as General Manager in March, leading business development, technology and finance departments.  Citron is one of the digital media’s most experienced executives, having been the founding general manager at TMZ as well as the chairman at Ticketmaster Online. In addition, Citron has served as president at Buzz Media, ran marketing at Movielink and most recently worked as the business lead at Yahoo! Entertainment.

“Alan is a perfect fit with the diverse, growing businesses within TheWrap,” said CEO and founder Sharon Waxman. “He brings not only deep knowledge of the fast-changing landscape of digital media, but an appreciation for the entertainment sector that is our core focus. We also love that he started as a journalist and deeply understands TheWrap’s mission of original journalism.”

“There’s nothing better than joining a great team that’s doing great things,” said Citron. “Sharon and her staff have already laid the foundation for continued growth and success. I’m happy to be a part of it.” 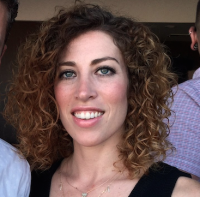 In addition to Citron, Jessica Ettman joins TheWrap as the company’s Vice President of Business Development. Ettman joins from her most recent position at Maker Studios, where she founded the business and legal affairs department and served as senior counsel on distribution and special projects. Her tenure at Maker coincided with its acquisition by The Walt Disney Company. At TheWrap she will be will be focused on building content partnerships and developing high-value branded content.

David Newberg also joins TheWrap as Vice President of Finance. Newberg is a skilled and highly experienced finance and accounting executive who will oversee all financial operations at the company.