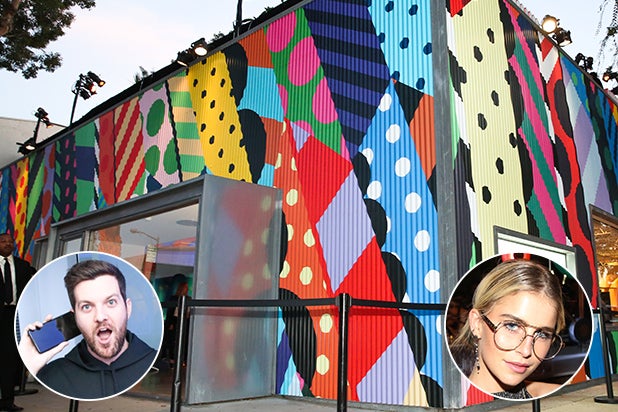 Dillon Francis and Caroline Daur were amongst the first in to the new #madebyGoogle pop-up shop on Melrose in West Hollywood, which will be open until December 31, 2017. (BFA)

When Google unveiled its new line of consumer hardware in San Francisco two weeks ago, the format followed the template long established by fellow tech heavyweights: a large presentation hall with giant video in front of an audience of tech analysts. 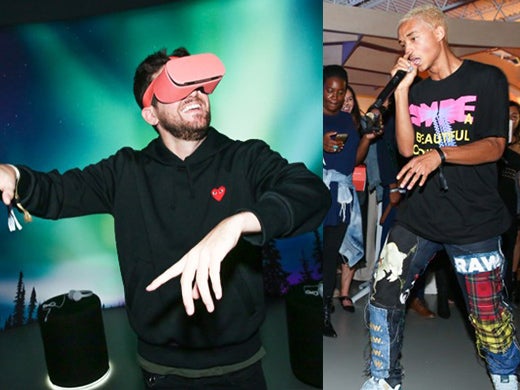 To introduce the same smart speakers and two new Pixel phones to Hollywood, they instead wrangled those who pack creative content studios in their pockets, like socially savvy models, actors and do-it-yourself content creators like Dillon Francis and Jaden Smith (above). 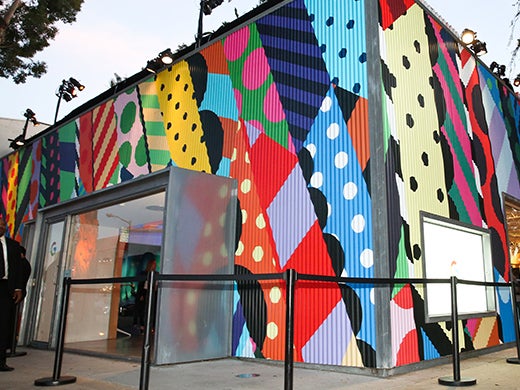 Look out, Paul Smith wall. This photo-friendly toybox at 8255 Melrose is Google’s first retail space in L.A.  (All photos by BFA) 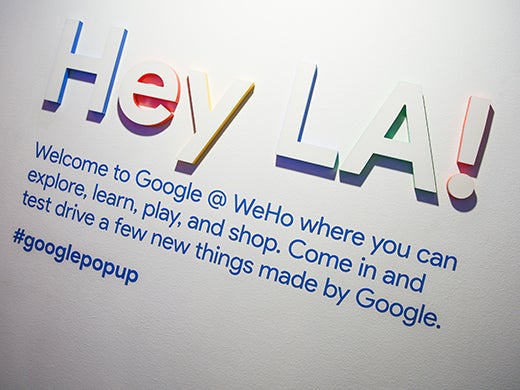 For Dillon Francis, the “joker of EDM” who headlined the Sahara Tent at Coachella this year, lucrative resident DJ at the Wynn properties in Las Vegas, and label boss who has seen his first two singles take off, we wouldn’t think he would come out on a Tuesday night. It’s an off night, right? 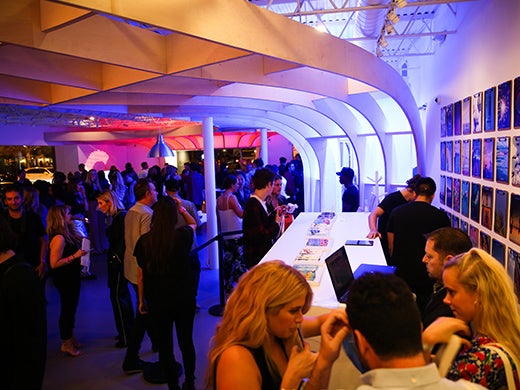 Yet, before Rashida Jones, Jaden Smith, or a herd of six-figure-followed Instagram influencers filled Google’s colorful new toybox in the hot “Melrose High Street” retail neighborhood, Francis was one of the first VIPs testing out the voice command on the “Home Mini” smart speaker in a corner of the rooftop.

“I have a drawer that has every phone that’s ever been created –  The Oneplus, the Essential” Francis told The Party Report. “I’m a millennial – (thinking) yeah, I’m 30 so I’m a millennial still — we got phones right at the beginning so I’ve always just been obsessed. I had someone come to my house and give me the first Pixel.” 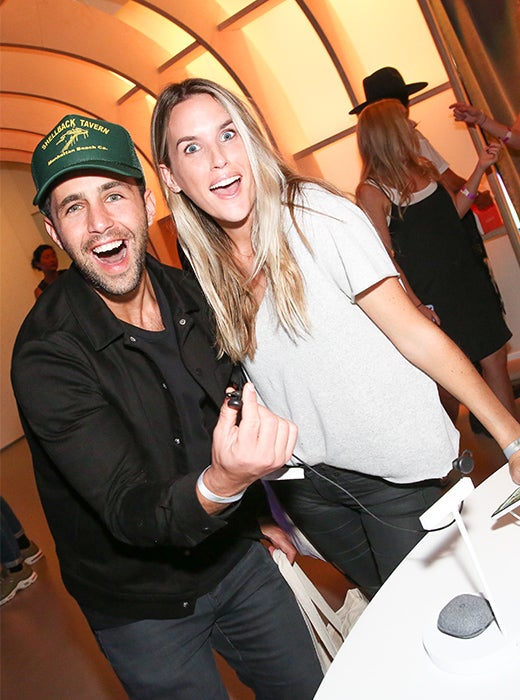 The producer behind “Say Less” and the new “Hello There” is a prolific social video content creator (235k YouTube subs, 1.8m Instagram) with representation by Gersh. He’s also a mobile analyst. Some of his best work is when he combines the two, as he did for a live commentary on a recent handset presentation. 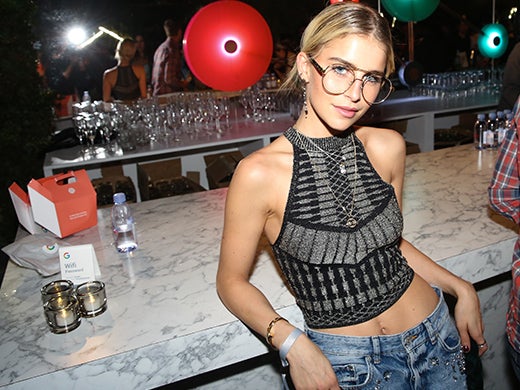 Beyond the seeding of new gear to put smiles on faces (see Rachel Platten, immediately below), we had to note the success of Francis’ new song “Hello There” in its first five days of release.

“It’s really cool to see that its getting ‘playlisted’ on a lot of playlists that I usually don’t ever have a chance to be on,” Francis added.

(Sidenote: The morning after this event, Francis posted a screenshot celebrating “Hello There” on Spotify’s Global Viral Top 50 and we also found it on crossover playlists — like “Mood Booster,” which has 1.9m followers — that don’t regularly import music from Sahara Tent heroes.) 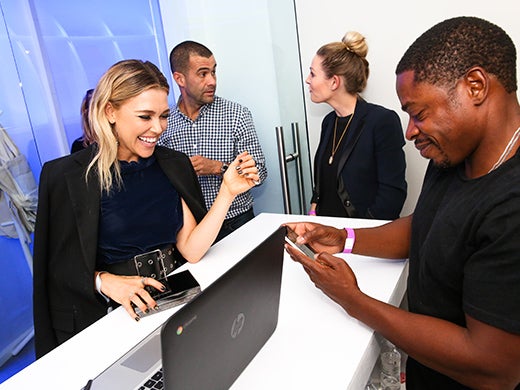 Playlisted or just playing for the crowd, Jaden Smith sang a live set and it-girl DJ duo SimiHaze had a spin behind the decks in the two-story space. 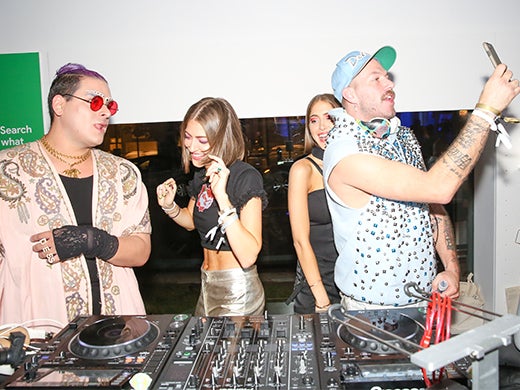 Simultaneous launch parties in New York and L.A. on Tuesday night were timed to the release of Google’s second generation flagship phones on Thursday [Oct 19.], the Pixel 2 and Pixel XL.  The phones are getting strong reviews from the tech press: “Plainly Great,” says The Verge, while  Wired’s headline screams “No Better Android Phone”. 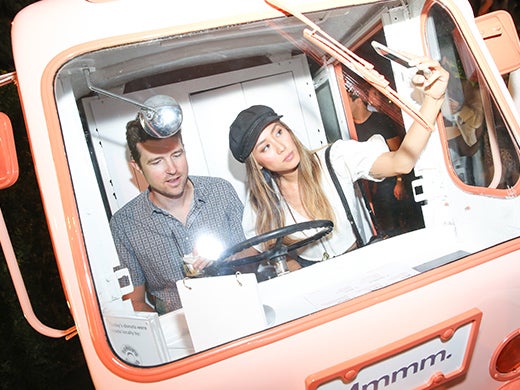 Guests tried out voice commands on the home mini in a donut-delivery mini-truck. 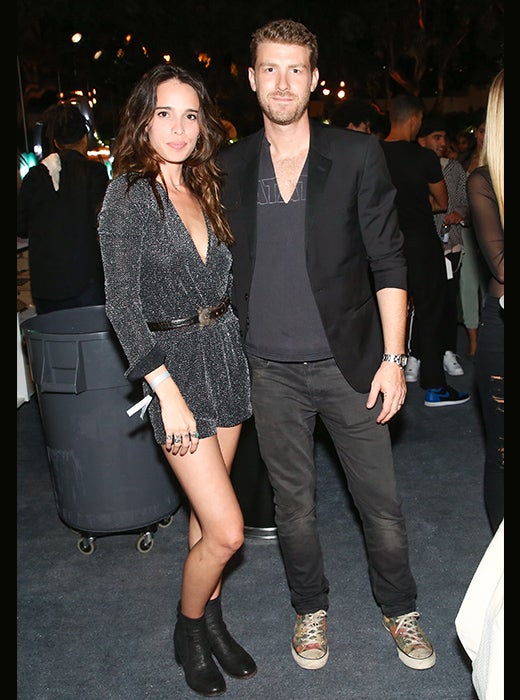 The pop-up at 8552 Melrose will be open until Dec. 31, hopefully with this mohawked Tom Cruise from “Cocktail” still behind the bar. 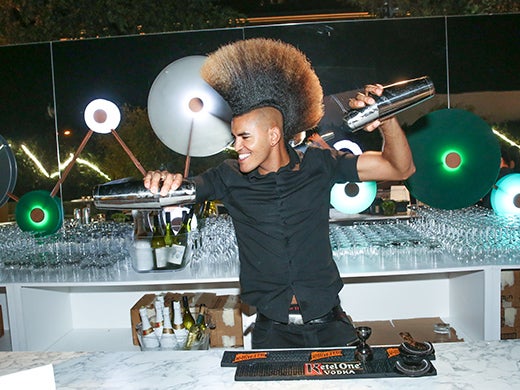 (All photos by BFA)