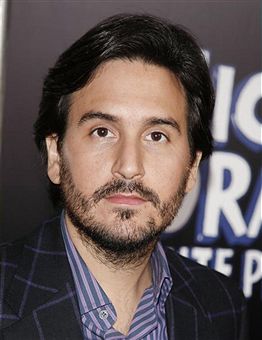 I was reading a Playlist report that Joss Whedon was in the running to direct "The Runaways" (don’t worry, it’s not a 3D remake of the Kristen Stewart-Dakota Fanning rock ‘n roll movie) when Deadline broke the news that Peter Sollett is negotiating to direct Marvel’s big-screen adaptation of the landmark comic book series, which is described as a youth-oriented "Breakfast Club" with superheroes.

The  Brian K. Vaughan ("Lost") and artist Adrian Alphona comic follows a group of six kids who decide to run away from home together and take up residence beneath the La Brea Tar Pits after discovering that their parents comprise a group of super-villains called The Pride.

Sollett, director of the profitable and critically-acclaimed-yet-still-underrated teen comedy "Nick and Norah’s Infinite Playlist," is likely being met with a collective ‘Who?’ by Whedon’s legion of fans — who can at least take solace in a recent L.A. Times report linking the fanboy favorite to Marvel’s higher-profile "Avengers" movie — but not me. While it’s fair to label Sollett an up-and-coming director, he’s actually been around for more than a decade, and just because the most action he’s directed has been an awkward sex scene between Michael Cera and the luscious Kat Dennings, doesn’t necessarily mean he’s the wrong fit for the property. Although Sollett has never done anything approaching the scale of "The Runaways,"  I think he’s a fairly inspired choice, should the deal pan out. (TheWrap’s calls to Sollett’s representation at WME were not immediately returned.)

Years ago, I attended NYU’s Tisch School of the Arts where I was surprised to find that Sollett was an important part of the curriculum despite having a limited body of work. In 1998, he wrote and directed the short film "Five Feet High and Rising" as his Tisch thesis. The film starred Victor Rasuk (Cam on HBO’s How to Make It in America") as a 12 year-old boy coming of age on NYC’s Lower East Side and won awards at Cannes, Sundance and SXSW. In 2002, Sollett co-wrote, directed and produced "Raising Victor Vargas," which followed Rasuk’s now-teenaged and sexually active character on a journey of self-discovery similar to that of "The Runaways." "Victor Vargas" was nominated for five Independent Spirit Awards including Best Feature, Director and First Screenplay. Both the short and the feature are excellent examples of sincere, character-based storytelling that penetrates deeper than merely surface level, and whoever directs "The Runaways" must be able to understand the inherent complications of teenage relationships and how to effectively communicate those complex emotions onscreen.

The choice of Sollett signals that Marvel may be taking a cue from Summit’s search for a prestige director for "Breaking Dawn," the fourth film in the "Twilight" series that Sofia Coppola, Bill Condon, Stephen Daldry and Gus Van Sant have seen their names mentioned alongside. Sollett isn’t nearly as well known as those filmmakers but he is a young director whose work indicates that he can handle the emotional connection the audience needs to make with the characters in order to establish "The Runaways" as a formidable franchise for the foreseeable future.

Perhaps studios are starting to realize that 3D special effects and pristine CGI can only carry a movie so far. At some point, a director’s visual acumen needs to take a backseat to the fundamental ability to tell good stories with strong characters. I would’ve gone to see "Avatar" a second and possibly a third time if it featured a single character I cared about. After all, "Titanic" held the box office record for as long as it did, and the "Star Wars" franchise continues to persevere precisely because they featured characters who the audience cared about and came to love.

Kevin Feige will produce the project for Marvel, who would love to see "The Runaways" become a cross-demo hit that could evolve into a possible franchise aimed at the "Twilight" crowd, although it’ll be interesting to see if the title changes. The Playlist and AICN suggest that Vaughan (ABC’s "Lost") was previously hired to adapt his own comic, which, to bring the story full circle, Whedon also used to write issues of. The comic is currently on hiatus while the series is being retooled.