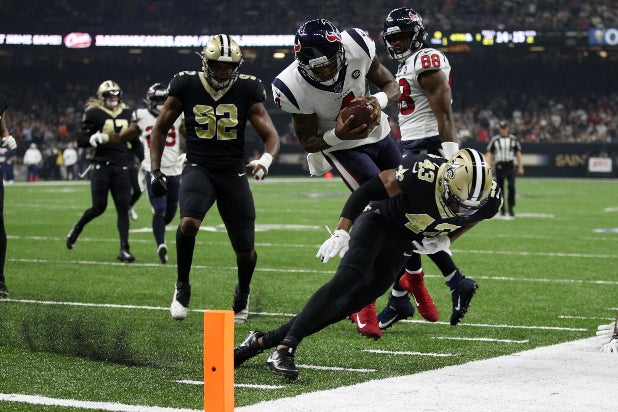 DirecTV could walk away from a renewal of one its prized assets: It’s exclusive rights to the NFL Sunday Ticket package, which gives subscribers access to every Sunday afternoon game.

“There’s less profitability to support the decision [to renew],” AT&T COO John Stankey, who is also CEO of WarnerMedia, said in an interview with the Wall Street Journal. “It becomes less critical to the business over time.”

AT&T’s current deal with the NFL for the package runs through 2022, though there was some thought the NFL would exercise an option it had that would enable it to pull out of the deal after the current season. The NFL had to do that before the season started, however.

Sunday Ticket has been exclusive to DirecTV customers for the past 25 years and has been one of the satellite company’s key marketing advantages over rival pay-TV providers. In recent years, DirecTV has tested out streaming versions of Sunday Ticket that would be available to non-DirecTV subscribers. But this has been restricted mainly to college dorm rooms and other apartments in major cities that don’t allow for satellite dishes to be installed.

The WSJ said that DirecTV loses more than $500 million annually, citing people with knowledge of the current deal. “I don’t think we look at that and say it’s a growth product,” Stankey continued. “I don’t think we’re going to wake up a year from now and suddenly there’s going to be more people in the United States that want to watch an out-of-market team.”

Along with DirecTV’s deal, all of the NFL’s current TV contracts with its broadcast partners will be up in 2022, with ESPN’s “Monday Night Football” deal expiring in 2021.