When you write, executive-produce, and star in a movie where all three acts revolve around one crazy house party, the after-party better “bring it.”

Mamrie Hart, Grace Helbig, and Hannah Hart brought it to the “Dirty 30” bash in Hollywood this week, and by “it,”we mean:

(a) a tandem shot delivery system affixed to a ski (see photo above);

(b) a tightrope walker threatening to pancake the crowd (see below); and

(c) a nearly nude male sushi model covered in frozen pizza rolls instead of sashimi greeting guests at the bash. 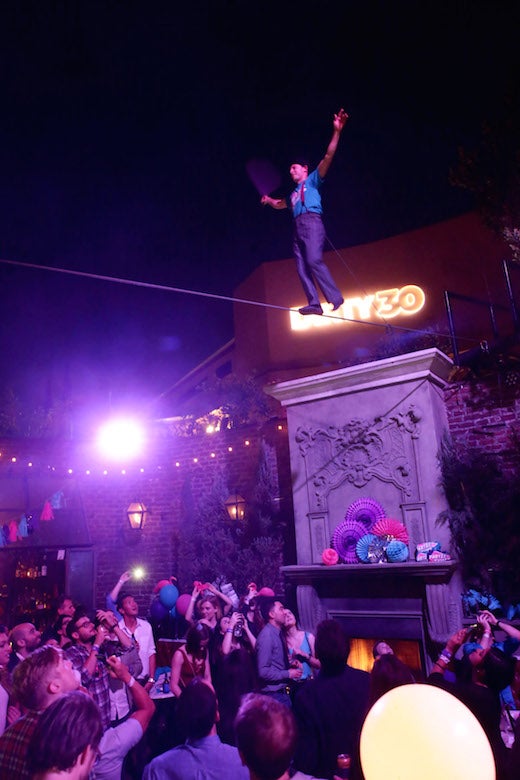 “Oh my God!” and “No you didn’t,” the reigning comedy queens of YouTube shouted to producer and pal Michael Goldfine upon seeing the recumbent model, echoing a gag running throughout the film featuring a less-than-Chippendale physique’d actor.

(*While this party reporter felt uncomfortable snapping the male sushi model on the job, Lionsgate’s pro photographers also didn’t share any pics of the scene either. He must be shy.) 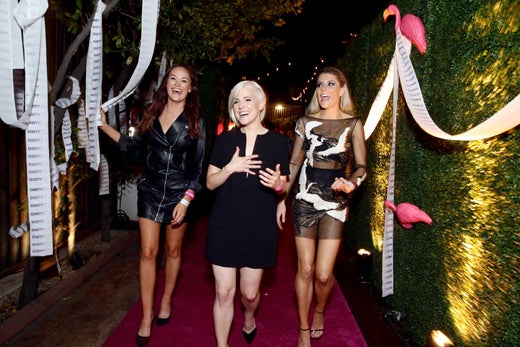 Toilet paper, deployed in the film as a weapon, instead ushered guests into the No Vacancy bar in Los Angeles after a packed premiere at the Arclight a few blocks south on Sunset. 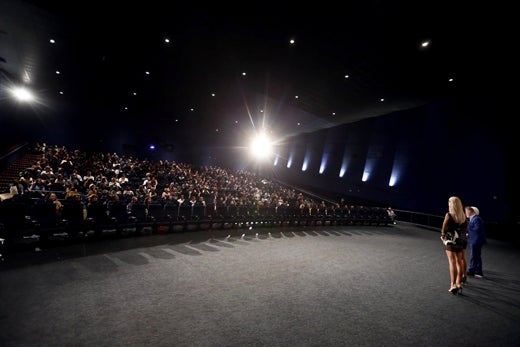 After producing previous feature “Camp Takota” with the same women independently, producer Michael Goldfine gushed about having Lionsgate as a studio partner. “They were wonderful partners, and I say that with a full, full heart.”  “LG!,” Hannah Hart shouted during the in-theater introduction. (Steve Cohn/Invision for Lionsgate Home Ent./AP Images)

In “Dirty 30,” the off-screen best buddies play a version of themselves, rallying to throw Kate (Mamrie Hart) a pick-me-up 30th birthday party at Evie’s (Grace Helbig) in-laws’ house while they are out of town. 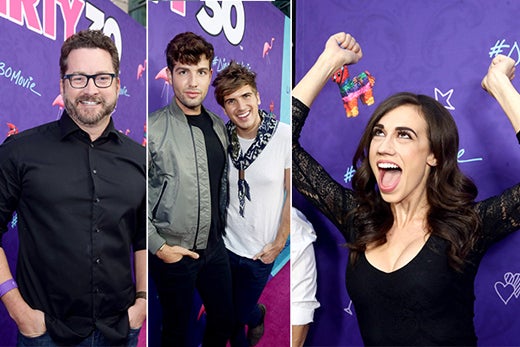 While the story wallows in beloved high school movie tropes – a mismatch for female lead characters wrestling with adult issues like engagements and divorce – the “American Pie”-grade  material matters less than the “Bridesmaids”-style performances.

As the three-headed claimants to Tina Fey and Amy Poehler‘s crown for female “best buddy” comedy, the trio’s chemistry that millions love online bubbles up in  long-form in a series of fizzy set-ups like a forgotten birthday, a kooky hookup between a misfit and the randy older lady, and two different beauties surprisingly slumming it with guys from “swipe-left” territory. 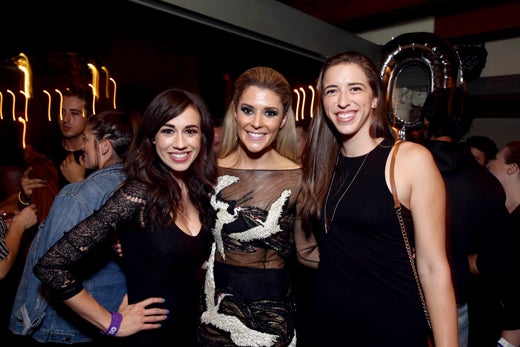 Like Tina and Amy, who are known to host a party (See: The Golden Globes), the Harts (no relation) and Helbig are analogously popular and leaders of their pack.

Their premiere guest list included tons of stars not affiliated with the movie in any way, something that used to be the default for mainstream Hollywood film premieres and has gone the way of Friendster. Not for this crowd. This was an event. 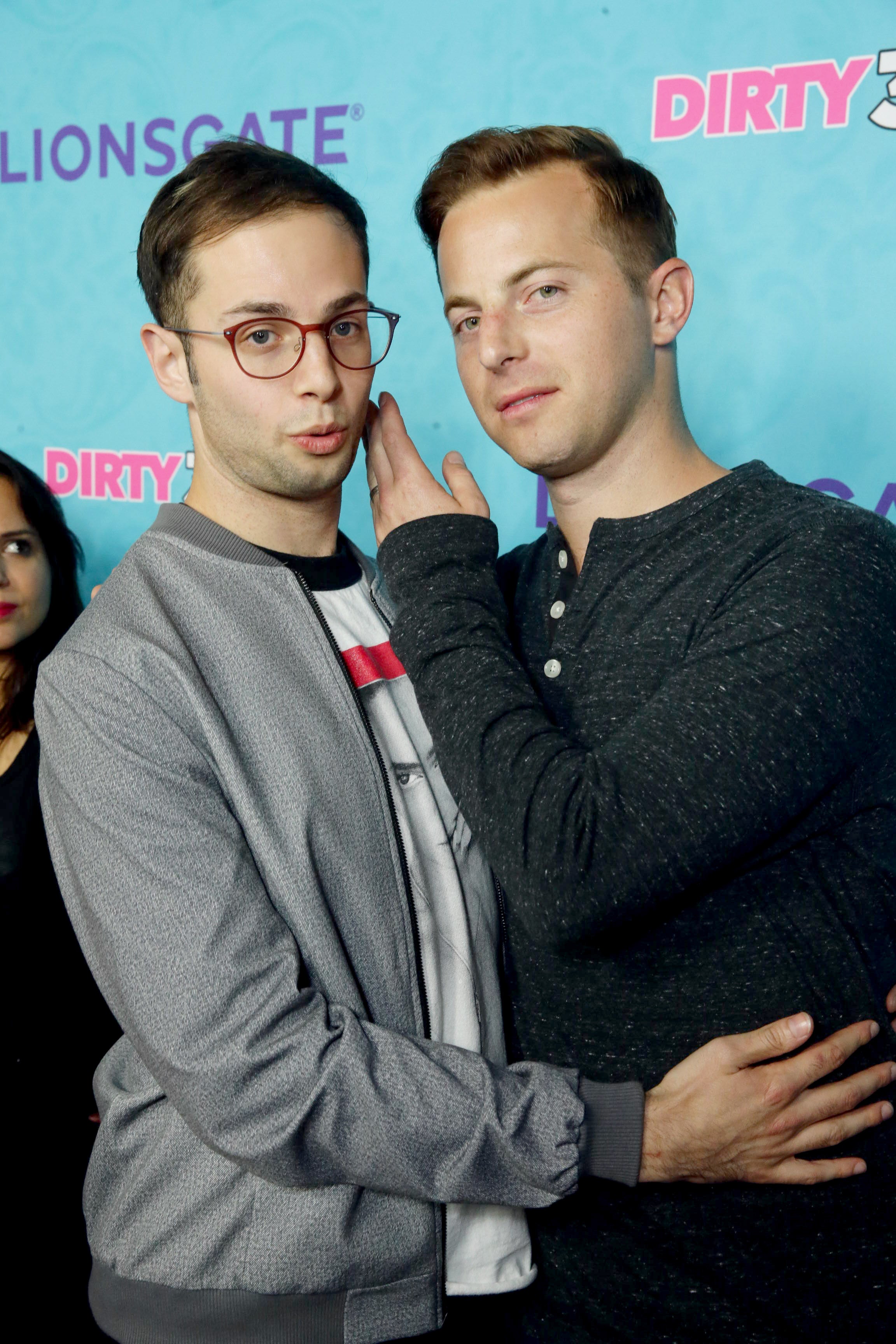 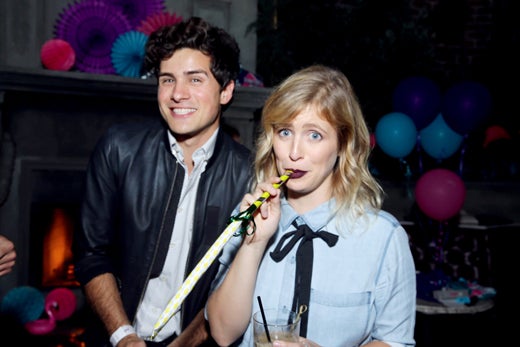 Anthony Padilla and Mielmonster seen at the Lionsgate Premiere of “Dirty 30” after- party at ArcLight Cinemas on Tuesday, Sept. 20, 2016, in Los Angeles. (Photo by Steve Cohn/Invision for Lionsgate Home Ent./AP Images) 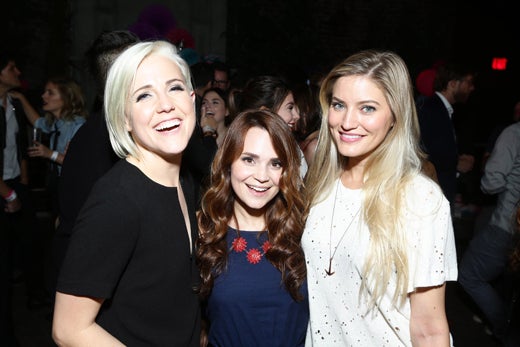 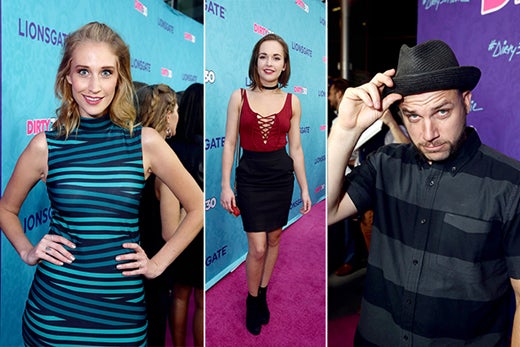 …and Rhett and Link, who play a pair of eccentric party guests. 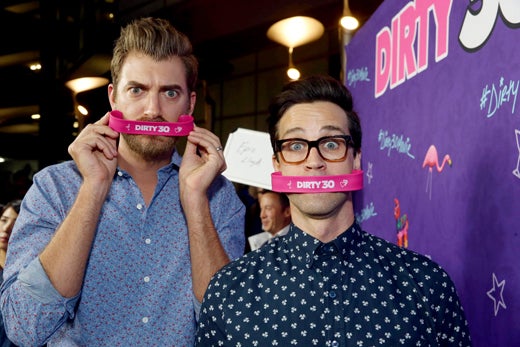 The three leads could not party as hard as their characters do in the film. Before dawn, they would be on a plane to New York for more “Dirty 30” promo.

Lionsgate releases “Dirty 30” in a small sampling of theaters simultaneously with its release on iTunes and Digital HD this Friday, September 23.

Fans are already posting screenshots of their digital receipts.

The night before Season 3 of "Empire" premieres, the cast gave a sneak screening in Chicago, where they film the show, followed by an after-party at Soho House. The first couple of "Empire," Terrence Howard and Taraji P. Henson, arrive for the screening.