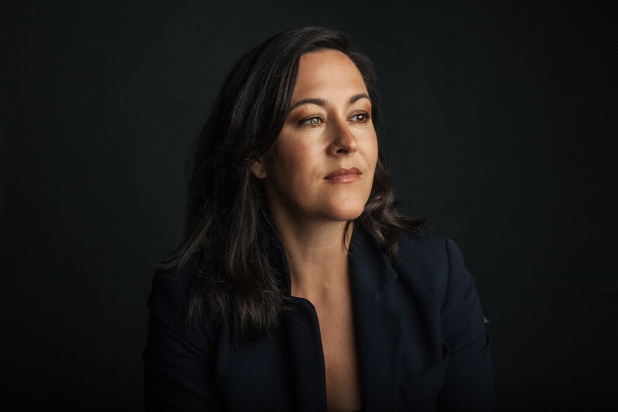 In 2015, Ryan Murphy hand-selected Maggie Kiley as the first candidate for his Half Initiative program, designed to make Hollywood more inclusive by creating equal opportunities for women and minorities behind the camera. Kiley soon earned her spot directing episodes of “American Horror Story” and “Scream Queens,” then proceeded to helm episodes of Greg Berlanti-produced “Katy Keene,” “Riverdale” and “Chilling Adventures of Sabrina.” Yes, that means she has already become one of the most in-demand directors for two of the most prolific television producers in the business.

Most recently, Kiley directed and co-executive produced the USA Network series “Dirty John: The Betty Broderick Story,” the anticipated second installment in the anthology series which will have its season finale on July 14. Despite Kiley’s impressive list of credits, she is just getting started.

In 2019, Kiley signed a multi-year overall deal at Warner Bros. TV where she will direct and executive produce for the studio, in addition to developing new television projects for broadcast, cable and streaming services. During a recent interview with WrapWomen, Kiley opened up about her journey, recent projects and what advice she has for aspiring female directors.

It’s rare for directors to secure overall television deals – more so women – and you are one of a very select few who’ve been presented this opportunity at Warner Bros. How does it feel and what message do you hope this sends to the industry?”

It feels really great and I’m incredibly honored to have been given this kind of support and recognition from Warner Bros. (WB) It’s funny I recently watched “Hollywood” on Netflix and was reminded of how women were and have continued to be so marginalized within this industry. The idea of a contract player or studio “deal” was only given to female actors and usually it was really limited in how much they were used. It’s satisfying to know we are making strides towards more inclusivity behind the camera and having WB champion me certainly helps this. I am hopeful that all of the studios will engage in securing deals with female talent- creators, directors and actors. We have a lot to offer.

You were also hand-selected by Ryan Murphy as the first individual accepted to his Half Initiative. How has this program opened the doors for women and people of color?

Participating in the Half Initiative was a complete game-changer for me. I began my career as an actor and had transitioned to directing when I first moved out to Los Angeles. I had been successful in the independent film world but found it incredibly difficult to break into episodic directing. While other diversity programs had been helpful in that they were encouraging to me, Ryan Murphy and everyone at RMTV treated me like a director from the very first day I walked on set to shadow. That respect and full range of access to a wealth of education was incredibly valuable and positioned me perfectly for my first shot at episodic directing. This program has helped so many women and people of color because Ryan has tremendous taste and his support goes a long way. Several of my friends who also participated in the Half Initiative have gone on to very successful careers in film and TV. Ryan’s shows have a much more diverse lineup behind the camera and setting this example is invaluable at this moment in time.

What have you learned from working with Ryan Murphy and Greg Berlanti?

I am equally impressed with both Ryan Murphy and Greg Berlanti’s thoughtful and conscientious storytelling. While they each have wide ranging slates of material, every project seems to come from a place that is really looking at the landscape of television and driving to tell stories that need to be heard. They care about everyone who works for them and I’ve watched both nurture talent within their companies- supporting transitions and growth in individual careers. It’s great to collaborate with leaders like them who care so much about the teams they are leading.

Also Read: TV Shows You Should Binge-Watch Right Now, From 'Succession' to 'Riverdale'

You are currently the director and Co-EP behind the series “Dirty John: The Betty Broderick Story.” How is this project different from ones you have worked on in the past?

This was the first time I stayed on a series from start to finish and served in the role of producing director. It was incredibly gratifying to collaborate with showrunner/creator Alex Cunningham throughout the process because she crafted the most beautifully complex unpacking of a very dark story. One of the highlights for me was being able to create the visual language for a show and stay present to see that vision grow throughout the season. Also, because I directed half of the episodes in this season, I was able to develop deeper relationships with my cast and crew than you normally find on a pilot or single episode.  It was also my first foray into true crime and I loved that aspect of the storytelling.

Which production has impacted your career the most?

The second episode of television I ever directed was “Riverdale” and the first time I sat down with Roberto Aguirre-Sacasa I just knew in my bones we were meant to work together.  Roberto has the most creative, inspiring brain- I love the way he moves in iconography and his attention to detail is astounding. The time I spent on his shows and collaborating with those amazing casts and creative teams has been really exciting.  After that first episode I went on to direct more on “Riverdale” (my first musical – the Heathers episode!), “Chilling Adventures of Sabrina” and my first pilot as director “Katy Keene.” Meeting Roberto was a career highlight and continues to be a joyful collaboration.

What advice do you have for aspiring female directors?

I learned early on in my career as an artist that no one but you is going to show up and do the work for you. To that end it’s hugely important that you create your own projects, find collaborators at every step to support and grow with you. Be ready when opportunity knocks but don’t wait for the doorbell to ring. Someone once told me I was “quietly relentless” and I think that’s the way you need to be: constantly hustling to make it happen…with grace, humor and fierce dedication.