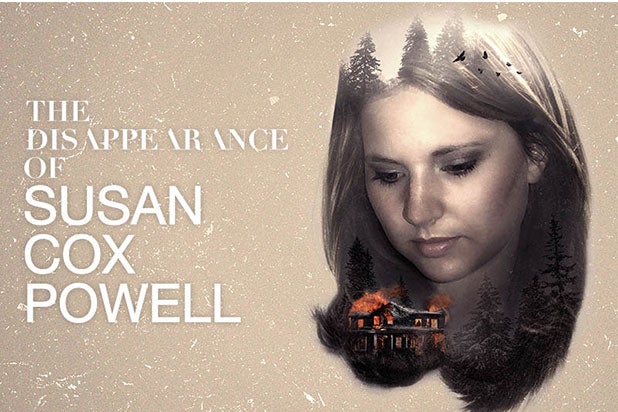 Susan Powell was just 28 years old when she disappeared from her Utah home in 2009. Her husband, Josh Powell, was named a suspect in the case, but before he could be charged, he killed his two sons and himself. And still, no one knows what truly happened to Susan.

Oxygen’s new special, “The Disappearance of Susan Cox Powell,” attempts to uncover new details of the last few years of Susan’s life, and incriminates her father-in-law, Steven Powell, in a dangerous way.

Initially, Josh Powell claimed he had taken their sons Charlie, 4, and Braden, 2, on a camping trip during a winter blizzard shortly after his wife had gone to bed. He received multiple phone calls from investigators when his wife disappeared, leaving her purse and other valuables behind. One of the many mysteries — there were two fans blowing on a wet spot on the carpet in the house. Josh came back that afternoon from a camp site, but investigators found no evidence of the campsite he had described.

Also Read: Piers Morgan on 'Serial Killer' Interviews: 'I Had to Control Myself Not to Punch Them'

Custody of the two kids later went to Susan’s parents — something that seemingly didn’t sit well with Josh. When a social worker came over with the two kids, he told his sons that he had a surprise for them, and slammed the door before the social worker could enter. Soon after, the house exploded, and all three Powells were killed — both sons had chopping injuries on their head and neck and a hatchet was found near Josh’s body.

One year later, Josh’s brother Michael killed himself in Minnesota. Authorities have claimed that Josh and Michael were both responsible for Susan’s murder. Her body has never been found.

See below for five explosive revelations in the Oxygen special.

Steve Powell had an insane, creepy obsession with his daughter-in-law, taking videos of her and zooming in on her buttocks, mostly when she had no idea he was filming her. Investigators also later found Susan’s clothing, parts of her hair and even toe nail clippings labeled and dated in Ziploc bags.

Steve confronted Susan eight years before her disappearance, professing his love to her and hoping it would be reciprocated. She, however, told him she just wanted to be seen as his daughter-in-law. He blamed her for arousing him, saying, “when your daughter walks in showing her legs,” which she shut down. Despite recordings of her dismissal, Steve wrote in his diary that she had said they could be together if it weren’t for Josh.

The documentary filmmakers then suggest that Steve’s obsession fueled Josh’s abuse, and that it was Steve’s plan to break up Josh and Susan so he could have Susan all to himself — and that pushed Josh to kill his wife.

He also later wrote in his diary that he thought Josh took care of Susan’s body in a “grotesque” way, driving to “former industrial land” and cremating her so he could do it his way and avoid a “messy and costly divorce.”

Note: Steve was arrested in 2011 on charges of voyeurism and child pornography when investigators discovered he videotaped numerous women and young girls. Steve suffered a heart attack in 2018.

At the beginning of the documentary, filmmakers showed Susan and Josh’s wedding. But Susan’s friends were skeptical from the very beginning, claiming Josh was “obsessive,” “opinionated” and “self-centered.” One friend even said, “I look at Josh and I see darkness.”

Later, it was revealed that Josh loved to watch crime TV shows. Susan had told one of her friends that her husband watched a lot of forensic shows and would say, “If I would do it, I would do it this way,” and he would often say he would hide a body in a mine if he killed someone.

Josh’s family claims Susan played games with her father-in-law, Steve, and actually liked the attention she was getting. Throughout the documentary, Josh’s siblings say there was more to Susan than she gave away.

Even Steve said he felt she was coming onto him.

Susan’s journals were a huge point of contention throughout the investigation, with Josh and Steve refusing to turn over her journals to her family. That’s probably because Susan wrote things in her diary that made Josh look, well, not so innocent.

Did Susan fear for her life during her relationship with Josh?

Also Read: 'The Staircase' Director Weighs in on Whether Michael Peterson Is Guilty or Innocent

5) Why Michael Actually Killed Himself

Josh’s brother Michael threw himself off of a seven-story building in 2013, one year after Josh killed himself and his two sons. Police had questioned him multiple times in 2012 after they had discovered his abandoned Ford Taurus at the Oregon wrecking yard, and he was evasive about why he had left it there. He had sold his car to the wrecking yard shortly after Susan’s disappearance, which seems suspicious to investigators. A sniffer dog had indicated that a human body had been in the trunk of the car, so investigators believed Michael conspired with Josh to kill Susan — or at least knew what happened to her.

In the special, investigators believed Michael killed himself because “it was all too much for him,” frequently telling authorities that “even if I knew something, I wouldn’t tell you.”

Josh’s youngest sister, Alina, who for the first time speaks out about the case in the documentary, was appalled to learn that there was no investigation into his death — she believes that some sort of assault or murder is not out of the question.